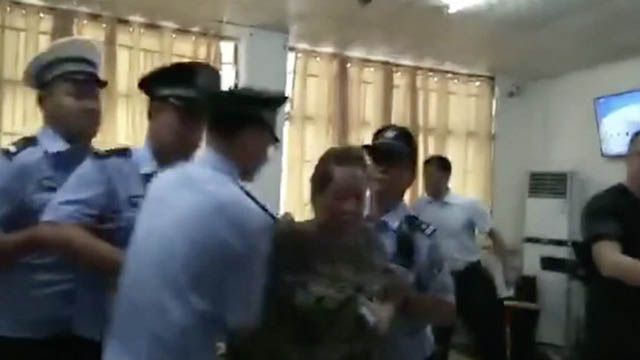 Churches that are not directly controlled by the Chinese Communist Party are facing extinction as the number of closed down places of worship and arrested preachers continues to grow.

Alarmed about the fate of house churches, hundreds of Chinese pastors signed a declaration in late August, stating that the new Regulations of Religious Affairs amount to persecution of Christianity and vowing to resist it. Since then, the declaration has been signed by 439 pastors, and Chinese churches abroad have launched a campaign against the religious persecutions in mainland China

Despite the protests, churches across China continue to be shut down, and their pastors are being arrested. We have now received more such reports from Henan, Heilongjiang, and Hubei provinces.

On September 3, three pastors from the China Gospel Fellowship – Ma Teng, Wei Jindang, and Yang Liupei – were arrested in Henan.

Pastors Wei and Yang were accused of “disturbing public order” and “holding illegal gatherings.” They were detained for ten and fifteen days, respectively. While Pastor Wei has been sent back home to Nanyang, the authorities have already looted computers and hard drive from the house church managed by him.

Around the same time, local authorities in Heilongjiang province’s Hailun city ordered a house church preacher, Li Ming (pseudonym), to apply for a license to join the government-approved Three-Self church.

Preacher Li has been told that if he fails to comply, not only will his church be closed down but his home would be confiscated as well. He might have to pay fines too. But he is in no mood to join the Three-Self movement and along with believers, is waging “guerrilla warfare.” They now hold gatherings at different venues every time they meet.

Before these incidents, authorities had closed down a house church in Hubei’s Ezhou city on an absurd pretext. A government official told the congregants, “A genuine house church gathering means a gathering of one’s own family members. Family means relatives who have a blood relationship with you. But you aren’t (blood relatives), so your gatherings are illegal.”

As per reports, the authorities also registered the names of all believers at this church and will now be monitoring them.