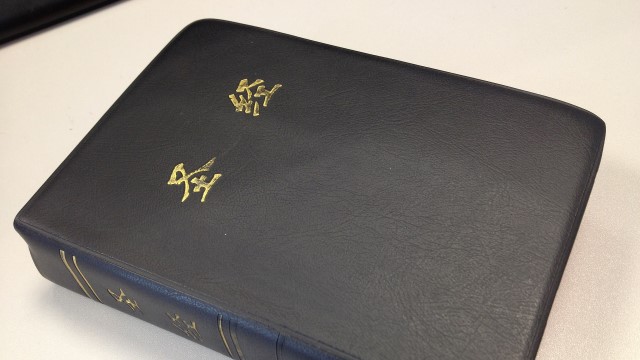 A religious book found by the police in the home of a Christian has led to the successive arrests and detentions of multiple believers.

In July 2017, officers from the Sanyuan town of Lu’an city, Anhui Province barged into the home of Zhang Chuancai, a member of the Shouters religious movement, where they uncovered a copy of a new edition of a book by the founder of the Shouters, Witness Lee, and apprehended Mr. Zhang.

The Shouters, named for their practice of calling the name of the Lord out loud, is a label used by the Chinese regime to designate a large variety of communities, including both the Christian religious movement known in the West as the Local Church and groups that are not part of it. During the Cultural Revolution, the Chinese Communist Party branded the movement as a “counterrevolutionary organization” and later listed it on a national register of xie jiao organizations, misleadingly translated as “cults.” Under Article 300 of the Chinese Criminal Code, being associated with such organizations automatically leads to arrest, detention or imprisonment.

After Mr. Zhang’s arrest, the police discovered that the book had come from fellow believer He Youfu, and, on November 21, seized and detained him and his wife. The police then searched his home, where they uncovered three copies of new editions of Witness Lee’s books, as well as a Bible, and a book of hymns.

Afterward, the police attempted to track down the source of the religious books found in He Youfu’s home and found out that Christian Tong Chuanhai had supplied them. On December 25, three officers from the public security bureau of the Yeji district of Lu’an city drove to a factory that was operated by two Christians Tong Chuanhai and Tai Hua and detained both of them for ten days.

The possession of religious books in China is a sufficient cause to be persecuted. In 2012, the authorities arrested over 50 members of a house church for attending a Bible class in Pingdingshan of Henan and charged them for using “xie jiao to undermine national law enforcement.” The basis for the case that caused concerns both in China and abroad was built primarily on the religious materials found in congregation sites.