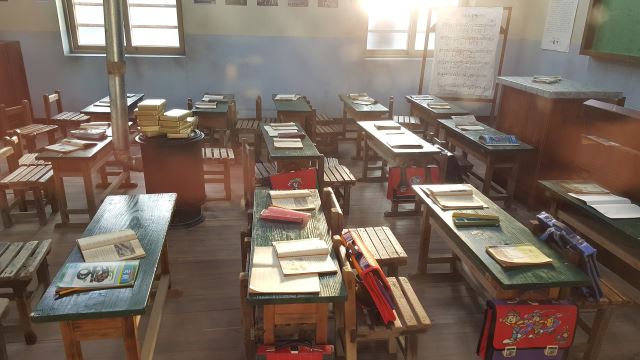 Primary level students in Harbin city were questioned about the religious belief of families, ostracized and beaten for the same.

On June 11, classes were in session at a primary school in the Yilan County of Harbin when the headmaster went on rounds, questioning students about their family’s religious belief.

Zhao Xiaoyu (pseudonym), a grade 5 student, raised his hand and ended up confessing his mother’s Catholic belief. The students were threatened with dire warnings so they would not be able to lie. Following Xiaoyu’s confession, his mother was called into the school on a false pretext, and upon verifying the information, he was beaten up as well. Two days later, a message was broadcasted on the school’s electronic screen that said, “Student from Class 3 Grade 5 Zhao Xiaoyu’s mother is a Catholic.” That led to him being ostracized by his classmates and teachers alike. Apparently, he is now suffering from depression and is demotivated in his studies.

Before this, various such incidents took place in April and May as well. A student has even gone missing in one such questioning drive in Shenyang city. In Diaobingshan city in Liaoning Province, the police went to a school and questioned the students. They were made to stand at length and forbidden from lying. Some were even intimidated physically by forcing open their eyelids.

After the interrogation, over ten students were deemed suspicious and were not allowed to return home after school. Instead, their parents were sent a notice that they would have to come to school and sign a document saying they won’t believe in God anymore. Failing this, the students would be dismissed from school permanently.

As per internal reports, this practice of interrogating students has become common in March this year. Students from various primary schools across Jilin and Liaoning provinces were subjected to this treatment. Many were made to sign a scarlet banner that says one will not participate in any .xie jiao activities. Xie jiao refers to heterodox teachings in China and being active in such activities is a crime punishable by Article 300 of the Chinese Criminal Code with a jail penalty of three to seven years or more.

The Chinese Communist Party (CCP) also uses unemployed idlers and community work units to obtain information about religious believers to prepare for mass arrests, as per a leak within the Party.