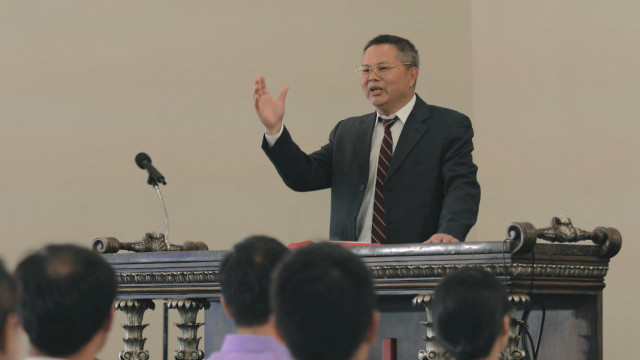 A preacher from a government-controlled Protestant Three-Self church in Henan had his qualifications revoked because some minors were noticed during the service he conducted.

Li Feng (pseudonym) was a preacher at a church that belongs to the Three-Self Patriotic Movement in Zhengzhou city. On April 16, government officials informed him that they had a photo with children present during a prayer he was conducting in his church. As per the new Religious Affairs Regulations, minors are strictly forbidden from entering a church; and, therefore, the presence of children in Li Feng’s church is considered a violation, and he should be stripped off his preacher qualifications immediately. If he continues to preach, the church would be shut down.

The next day, the authorities issued a notice to every church and religious venue in Zhengzhou city’s Erqi district, prohibiting Li Feng from preaching. If any church allowed him to preach, the site would be sealed off.

Bitter Winter has previously reported that the CCP authorities are coming up with a variety of means, for example, by introducing political evaluation tests and other screening methods, to select “patriotic” preachers who “meet national requirements.” Such and other means are used to get rid of disobedient preachers as well. As a result of evaluation tests, in Henan’s Zhoukou city’s Xihua county alone, 162 preachers have lost their qualifications recently.

Commenting on the worsening conditions of government-controlled churches in China, one preacher remarked, “Three-Self churches have gradually degenerated into the authorities’ “sinicized education” venues. Many preachers have said they were prepared to transfer to underground churches at any time.”