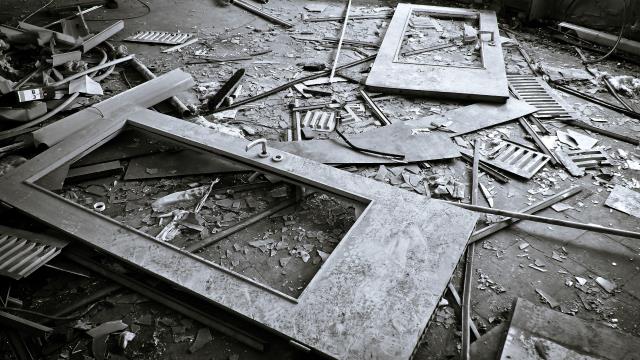 Sola Fide is a Christian theological doctrine held to distinguish Protestant churches from Catholic and Orthodox churches. Several Chinese house churches that are not affiliated with the government-controlled Three-Self Church adopted the name “sola fide” after some Communist Party-backed theologians proposed to replace this doctrine with a new “justification by love” theology.

In the morning of April 20, 2018, more than 80 police officers surrounded a local sola fide family gathering place. Armed with submachine guns, the police blocked off all the entrances and exits of the meeting place and prohibited anyone from entering or leaving.

Local government officials accused the attendees of “organizing an illegal gathering” and ordered the officers to confiscate all items from the meeting place. After 70-year-old Christian Yang Fan (pseudonym) questioned the government officials’ actions, the police arrested him for “organizing an illegal gathering and disturbing social order” and took him away in a police car.

Subsequently, the police seized over 100 chairs, 30 tables, a sermon pulpit, and a projector from the church and removed a safety deposit box worth more than 10,000 RMB, as well as all the donation money inside it, with a total value of about 30,000 RMB (about 4,300 USD). The police then savagely smashed up the remaining objects in the church, including the cross, leaving the gathering place in utter disarray.

The person in charge of the gathering place made several phone calls to the chief of the Public Security Bureau and others demanding that the church’s donation money be returned but was rejected.