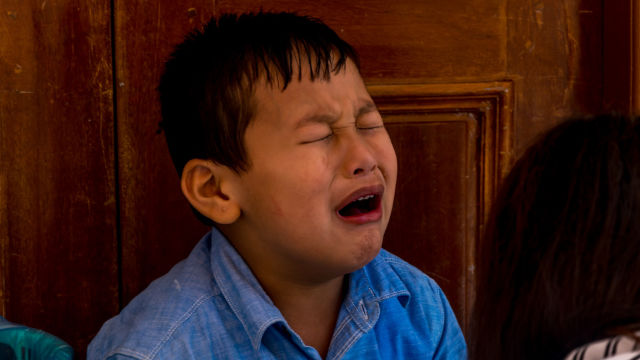 Authorities in Henan not only illegally clamped down on a church but also harassed and threatened young children.

On September 2, more than fifty believers were in a congregation at a Christian meeting venue in Henan’s Luohe city when thirty police officers stormed inside. The place was located on the tenth floor of a building known as Meisheng Tower.

Additional 70 officers surrounded the venue and the building from outside. The officers inside the site kicked around the tables and chairs while yelling at the believers to disperse. More than a dozen of them then found their way into the Sunday school classroom, where children were engrossed in religious teachings.

The officers questioned all the children about their names, home address, where they go to school and so on. All of them were forced to sign their names onto a piece of paper to officially record their questioning.

The children were scared, and when one 10-year-old girl said she couldn’t sign, her mother couldn’t keep her calm. She rebuked the officers, “How can you treat these innocent children like this? Such actions may be used on criminals who commit theft or robbery.” The police officers ignored her and continued with their questioning.

Later, the director of the local Religious Affairs Bureau pressurized the church’s pastor, Mr. Chen, to sign and acknowledge that it was an “illegal gathering.” However, he said, “I didn’t violate the law, so, I won’t sign.” He was then taken away to the local police station.

During this raid, a female church co-worker had tried to film the proceedings. When police officers noticed her doing that, they assaulted her violently by pulling her hairs, slapping her on the face and pushing her against the wall. Another female believer was taking photos but was severely beaten by five police officers. A believer saw this and raised the alarm, shouting, “The police are hitting people!” But an officer near her said that the police had the entire building in its control, and there was no one to heed to the cries of the believers.

By the end of it, the church suffered losses over 100,000 RMB or 14,000 USD as the police had confiscated their technical equipment and musical instruments and destroyed religious symbols.

The police also instructed the director of the neighborhood committee to change the locks of the venue and arranged for local thugs to intimidate believers.