Well-known activist Rushan Abbas launches a new important initiative in 33 cities of 15 countries, starting today in Washington, D.C. Bitter Winter is at her side. 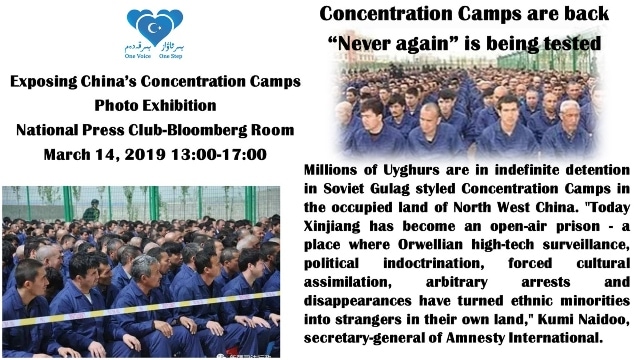 “Never again.” This phrase has been traced to the Hebrew poet Yitzhak Lamdan (1899-1954)’s 1926 poem Masada, but it gained popularity when, in the late 1940s, it was applied by the surviving Jews to the Holocaust. By (legitimate) extension, it calls for international awareness and attention on all the Holocaust paraphernalia ever since. For example, the infamous concentration camps where mostly Jews, but not only, were imprisoned, used as slaves and killed because they were considered sub-human. But the hard and odious fact is that concentration camps have never been “never again.” They have sadly been with us from the very moment they should have instead disappeared, after the end of World War II. The news is that they have been managed mostly by Communists. China, where Communists rule tirelessly, is, for example, still full of concentration camps. They mostly detain Uyghurs.

It is a sign of the times that an expression created to mobilize conscience on the sufferings of the Jews sees today its most important application on a Muslim people.

“Never again” is more topical than ever. In Xinjiang Autonomous Region, at least one million innocent Uyghurs are unlawfully imprisoned basically for the same reason why the Nazis detained Jews. Even if the Chinese Communists have learned from the mistake of the Third Reich not to be as outspoken on the subject as Adolf Hitler (1889-1945) and his comrades were in Europe in the 1930s and 1940s. There is little doubt that the Chinese Communist Party (CCP) personnel consider the Uyghurs second-class citizens because they belong to a non-Han ethnic minority. But there is even more, and worse, than that. The psychological humiliation, the violence, and the cultural demoralization which Uyghurs are subjected to is – as Bitter Winter continuously repeats – a constant drive by the CCP to obtain their “de-humanization” and total submission. What does then differentiate this attitude from the Nazis’ deeds against the Jews? After all, as for the Jews was (and is) almost impossible to distinguish identity from culture and religion, the same is true for Muslim Uyghurs. The Nazi spirit, in sum, is alive and well, and it is incarnated in the last serious bastion of Communism (Stalinist Soviet Union persecuted Jews as well, anyway). 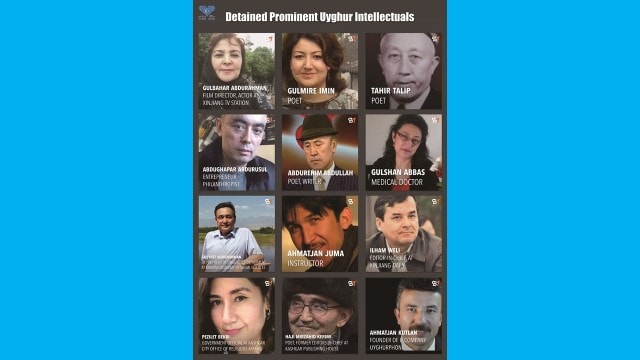 “Never again” is then the explicit inspiring principle of a new important initiative launched by “One Voice, One Step” (OVOS) under the title Concentration Camps Are Back. OVOS is an operation started in Spring 2018 by “Campaign for Uyghurs”, directed by Ms. Rushan Abbas, who recently spoke at the event “A Civil Society Dialogue on Securing Religious Freedom in the Indo-Pacific Region” in Taipei, Taiwan, a follow-up to the 2018 Ministerial to Advance Religious Freedom organized by the U.S. Department of State in Washington D.C. and attended by representatives of 82 countries.

Concentration Camps Are Back is a traveling photo exhibition scheduled to tour 33 cities in 15 countries of the world. It takes off today, March 14, in Washington, D.C, at the National Press Club. The photos, says OVOS, “illustrate the horrific realities of the camps and the effects that this crime against humanity has had on the Uyghur population. This year’s campaign is targeting the general public around the world and intends to show the human costs and suffering that the camps have caused for Uyghurs.”

Abbas is a loyal friend of Bitter Winter. She constantly acknowledges our work on behalf of the persecuted, and she does it in public. For her photo exhibition, she has asked us to use some of the images we have published. Honored of this joint-venture, we gladly provided the requested material. We strongly believe that publicity is (almost) all. Don’t get me wrong. I mean publicity for the unjustly and harshly detained people in Xinjiang that deserve all the international spotlight on their cruel situation that we, our friends, colleagues, and allies can provide daily.