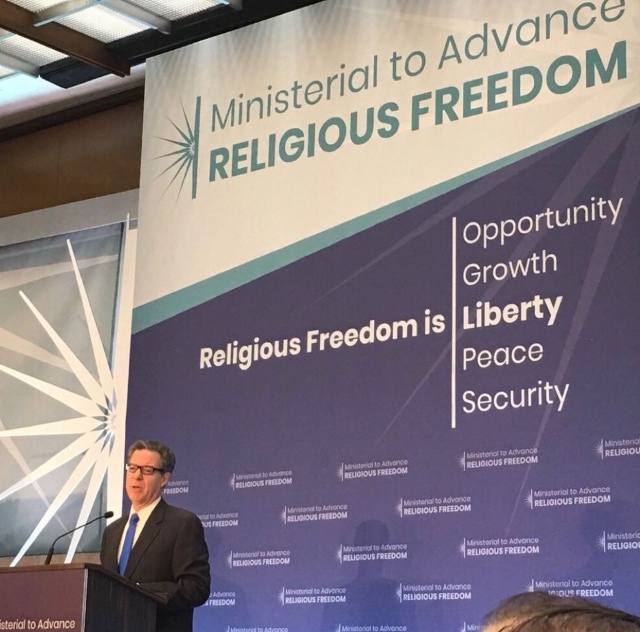 At the Ministerial to Advance Religious Freedom, a gathering of foreign ministers of 80 countries organized by the U.S. State Department in Washington D.C., the first plenary session on July 24 opened with a forceful indictment of China by U.S. Ambassador-at-Large for International Religious Freedom, Sam Brownback.  He denounced the “shocking situation” emerging from testimonies about “transformation through education” camps, currently holding more than one million Chinese imprisoned because of their faith.

The wife of pastor John Cao, a house church leader sentenced to seven years on trumped-up charges of human trafficking, and representatives of the Muslim Uyghur community, shared their persuasion that the Chinese Communist Party has launched a generalized crackdown on religion, whose ultimate aim is the eradication of any religious presence escaping the strict control of the authorities. Uyghurs, in particular, are “treated like animals” in the “transformation through education” camps, within the framework of a “brutal repression” of religion.