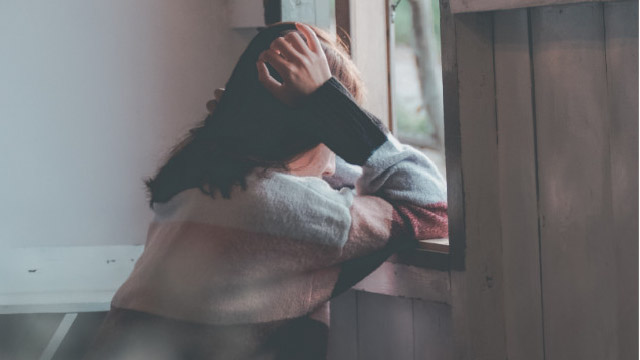 What does CCP persecution look like? Shocking details of harassment, public shaming, indoctrination, and tracking illustrate the plight of believers in China.

The plight of religious believers in China has been documented recently, thanks to the courage of reporters for Bitter Winter and other news outlets. We now know that, since Xi Jinping took office, the persecution of religions has increased in all respects. Believers are regularly arrested, subjected to long-term surveillance, and deprived of numerous personal liberties, causing emotional and bodily harm.

The stories of those driven to hopelessness by persecution can help us to understand. The story of Ms. Chen Wenwen (a pseudonym), is a particularly illustrative example.

Ms. Chen is a young woman, and a Christian, from Anhui Province west of Shanghai, who is a member of the Church of Almighty God (CAG). After four years of surveillance and harassment by the Chinese Communist Party, she is suffering from clinical depression. In March of 2018, she attempted suicide, a tragedy that was only avoided because her family intervened at the last minute.

What was it that drove this young woman to the brink of suicide?

In May of 2013, Ms. Chen was arrested by the CCP police for believing in God, held in a detention center for 16 months, and tortured. Eventually, she was charged with “using a xie jiao organization to undermine law enforcement.” She was sentenced to three years in prison and five years of probation. As part of her probation, she was ordered to report to the local Judicial Office upon returning home and was forbidden from leaving her hometown. If she left, she would be required to serve the whole prison sentence.

Just a month after Ms. Chen was released and returned home, the head of the local Judicial Office, a Mr. Cao, informed her, “You must report to the Judicial Office twice every month, send us your coordinates via cell phone once a week, report regularly via phone, and participate in community ‘study’ [indoctrination]). Your cell phone must be on 24 hours a day, and if you fail to answer your phone three times when we call, you will return to prison. Also, we will pay visits to your home regularly.”

This was the beginning of Ms. Chen’s new life under strict CCP surveillance. Employees from the Judicial Office tried to indoctrinate her with atheist ideology at her mandatory “study” classes. She was also forced to write letters and statements praising and thanking the Communist Party, and opposing religion.

Soon, the surveillance and harassment of Ms. Chen intensified. Judicial Office officials began to appear at her home. They told her, “Nothing is worse than believing in God; this is what the state is most concerned with.” When arriving at her home, officials often stopped outside her door and spoke loudly on their phones in the hallway, saying: “I’m in the middle of visiting a criminal.” Neighbors were understandably intimidated by such actions by officials outside their homes and started shaming and shunning Ms. Chen. As her home and community were turned against her, the emotional stress grew.

By 2018, Ms. Chen had been under surveillance for four years. She had endured threats and harassment at the hands of the CCP, and her husband’s family had also begun to shun her. She was tense and anxious every day, under extreme emotional stress, and regularly suffered from insomnia. She was diagnosed as clinically depressed.

Family members report that she once told them, “I haven’t slept in four days. There’s a buzzing in my ears; it’s chaotic, it’s so hard to bear.” She made a desperate attempt to get to the roof of her building, but her family stopped her. “Why won’t you let me go to the roof and jump?” she cried. Since then, her family has been forced to monitor her closely to ensure she doesn’t try to take her own life again.

Despite the official diagnosis of clinical depression, the CCP hasn’t modified its surveillance and harassment. Ms. Chen is still required to go to indoctrination classes regularly and has to keep a log of her schedule every day. If her depression keeps her from going to her indoctrination classes, she must submit a leave application and take a picture of her medical chart with her cell phone and send it to the Judicial Office.

Ms. Chen remains under CCP surveillance. Due to her family’s love and care, her health has gradually improved. But the scars of the emotional trauma inflicted over the last four years remain.

Bitter Winter tells this detailed story of one woman’s tragic experience of CCP persecution to make clear to our readers the intense and very personal suffering of believers in China. Ms. Chen’s experience is not an isolated incident, but a story repeated millions of times across China.