The CCP requires medical staff to register the evidence of patients’ religious belief in databases that the state uses to control every aspect of people’s lives. 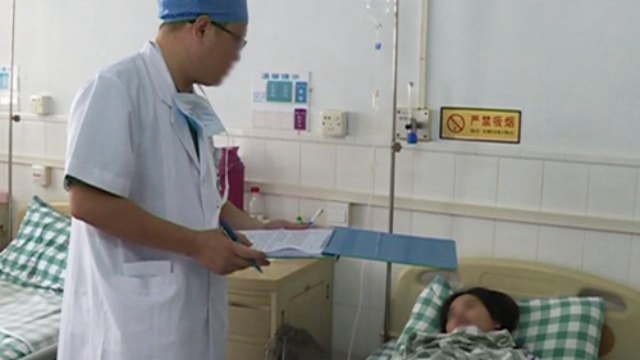 Last October, a pregnant woman from the eastern province of Shandong was rushed to the hospital because of heavy bleeding. The doctor’s prognosis was that the woman was in imminent danger, and she needed surgery immediately.

A nurse was sent in to take the woman’s personal information. To the family’s dismay, the nurse was more interested in the woman’s religious beliefs rather than her health.

“She’s in so much pain. Why are you asking her these questions?” a family member was distraught. The nurse replied that the government requires to collect information about each patient, including their religious status, to be entered into their medical records. She added that not asking about faith isn’t an option.

Even though her life was hanging in the balance, the pregnant woman was asked twice about her religious status before she was taken to surgery.

Residents in Hebei, Heilongjiang, Shandong, Henan, and other provinces have also reported to Bitter Winter having been questioned by hospital staff about their religious beliefs before seeing a doctor. Some residents said that similar incidents occurred as early as 2017.

Belief in God could affect treatment

Bitter Winter has interviewed several medical workers about their experience with collecting information about patients’ religious status. All of them said that the government had imposed this requirement, but none could understand the real intentions for this.

The director of a hospital in Shandong revealed that patients’ information – their personal and family’s medical history, financial standing, religious denomination, and alike – is uploaded on a government-run database. “Not only the Public Security Bureau reviews these records, but employers can also access them. As soon as someone has a ‘blemish,’ they will be restricted to purchase tickets for travel. Employers won’t hire them either.”

“Some patients didn’t know why such questions were asked, but they still gave a truthful account of their religious faith. It isn’t a good thing. It may seem innocuous at the moment, but the government can exploit this information if it needs to,” a medical worker from the central province of Henan said.

Since last year, local governments across China launched the campaign to register and investigate religious people, with databases of believers and religious venues springing up across the country. Apart from information collection in hospitals, believers’ data are gathered in government institutions, the military, state-run enterprises, schools, and any other public domain. When their faith is disclosed, religious people are denied fundamental rights, such as jobs and social security.

Believers from religious groups listed as the xie jiao, association with which may result in a sentence to time in prison, acquire a criminal record after being arrested. Some of them discovered that their doctors already had information about their religious beliefs, an indication that their data is shared on a government network.

Members of religious groups that are not part of government-run churches worry that the collection of information on them is yet another means by the CCP to suppress religious liberties.

The religious status of citizens has also been reportedly added to the infamous social credit system that the CCP has been developing since 2014. As soon as the state blacklists someone, every aspect of their life, including traveling, getting a loan, or receiving medical care, will be impacted.

“The government can use the information to restrict people’s faith by not reimbursing believers’ medical expenses or even arresting them,” said a house church Christian who once truthfully reported her religious status to a doctor.

Seriously ill believer dies, not wanting to disclose his faith

A 46-year-old member of The Church of Almighty God (CAG) in Baoding city in the northern province of Hebei died because he was afraid to disclose the religious status of his family had he gone to the hospital.

The man’s wife and son are also members of the CAG. To avoid persecution by the CCP, the entire family went into hiding a few years ago, wandering from place to place. The man already had diabetes before going into hiding. With time, his condition worsened, aggravated by high anxiety levels that he felt being on the run, having no home and being constantly malnourished. Scared to be found out and arrested, he didn’t seek medical attention.

In August 2017, he had a severe insulin shock. A doctor at a small clinic that the man gathered all his courage to go to told him to seek immediate care at a larger hospital because he couldn’t help him.

The man refused. “I would rather die than have my wife and son implicated and arrested along with me,” he told the doctor in front of his family.

He died in September.

Any religious activities prohibited in hospitals

Bitter Winter has obtained a document issued by a locality in Henan Province, entitled Negative List of Persons in Charge and Clerical Personnel of Religious Activity Venue Management Committees, according to which, “People must not take advantage of visiting patients to conduct preaching activities in hospitals and other public places.”

A doctor from Pingyang county, under the jurisdiction of Wenzhou city in the eastern province of Zhejiang, revealed to Bitter Winter that the authorities in his area also adopted a similar document in the first half of 2018. Every healthcare worker in his hospital was required to acknowledge with a signature that they had read it. A sign reading “Conducting religious activities in medical facilities is prohibited” has also been posted in the hospital.

“Since last year, believers are not allowed to pray for their friends or relatives in hospitals. Those who do could be arrested,” said a medical worker from Pingyang county. “In the past, seven or eight Three-Self church Christians would come every Saturday at 2:00 p.m. to pray for patients. But ever since the prohibition was issued, praying for patients is completely prohibited, and Christians stopped coming.”