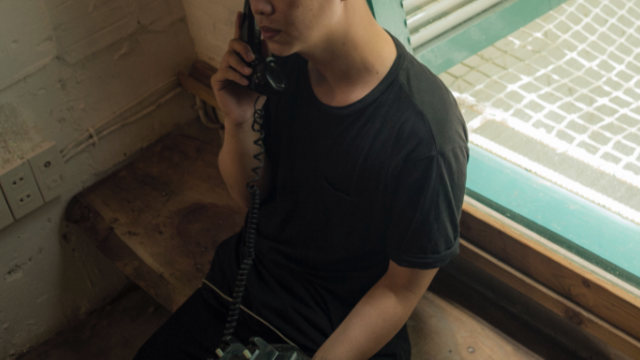 The phones of religious believers are comprehensively monitored by the Chinese authorities, often resulting in arrests and long-term harassment.

Three years ago, Zhang Hong’en, a Catholic who lives in Linfen city, in central province of Shanxi, made a phone call to a nun from the same village, and asked her about the procedures for adopting an orphan. Only after the phone call was connected did he realize that the nun was currently doing business abroad. Zhang Hong’en hung up the phone immediately.

Unexpectedly, the next morning, two officers from the local police station stormed into the home of Zhang Hong’en, and questioned him about whom he had been contacting when calling abroad yesterday. After Zhang Hong’en answered truthfully, the officers still would not let him off the hook. After the phone call, Zhang Hong’en became a key surveillance target of the government. Even now, some days, often during holidays, the police come to Zhang’s home to question and harass him. Zhang Hong’en told our reporter, “I have endured the limit of such days!”

According to Zhang, whenever an important meeting is convened by the state (such as the Chinese Communist Party’s – CCP – 19th National Congress in October 2017 or the sessions of the National People’s Congress and the National Committee of the Chinese People’s Political Consultative Conference in March 2018), officers from the local police station always come to his home. They monitor his whereabouts, question him about the status of other Catholic believers whom he knows; and forcibly videotape him.

Another person who faces the same predicament as Zhang Hong’en is Lin Jianghua, a preacher at a government-controlled Protestant Three-Self church in Yantai city, in the eastern coastal province of Shandong. In late April 2018, Lin Jianghua got in touch with a Hong Kong pastor, and applied to go to Hong Kong to participate in religious activities. As a result, he was placed under surveillance by the local National Security Brigade. In early May, Lin Jianghua received a call from the local Religious Affairs Bureau, questioning him about his relationship with the Hong Kong pastor, as well as the reason they know each other. The Religious Affairs Bureau threatened him: “The domestic situation is not good now. Considering your identity, you cannot go abroad. Otherwise, the church’s fate will be uncertain. After you return, the government will even invite you to ‘drink tea’ (a euphemism for being summoned by the authorities to undergo questioning and coercion).” In the end, Lin Jianghua was ultimately forced to give up his Hong Kong travel plans.

It is understood that in order to avoid being arrested due to telephone surveillance, some house church Christians often use code words on the phone. Indeed, they do not even dare to use the phone to contact other church members, so as not to implicate each other. Even so, it is possible that they are still monitored and arrested by the CCP. In September this year, when Zhang Mei, a member of The Church of Almighty God, was arrested by the CCP in Hangzhou city, in the eastern and coastal province of Zhejiang, the police explicitly told her that she was only caught because the police had monitored the contents of her calls. The police said: “Do you think we can’t understand when you call and use code words?”

One Christian who is studying at a theological college in Harbin city, in the northeastern province of Heilongjiang, told the reporter that this situation—where the CCP monitors phones in order to arrest Christians—has never ceased. However, this year is even more severe. At theological seminaries, teachers directly warn their students not to randomly post messages in their “Moments” (similar to Facebook’s Newsfeed), because their phones and computers are all monitored by the authorities. As soon as any political content is involved, it is likely to invite trouble. In WeChat Moments, one can only say things like “May God bless China.” Teachers also warn students to beware of everyone around them, because any of them could be a CCP spy, and no one knows who might have been bribed with money and exploited by the CCP.

(All the names in this article here are pseudonyms.)