Authorities in Henan are promoting the use of a new mobile application for low-tier officials to collect information and report about religious activities.

Since last year, the campaign to register and investigate religious people has been gaining speed, with government-run databases of believers and religious venues springing up across China. Systematic investigations into religious belief are being carried out in government institutions, the military, state-run enterprises, schools, and hospitals.

To further its activities in suppressing people of faith, the CCP has recently launched a nationwide program, as per which every township (or subdistrict) and village (or community) government has to employ a religious work assistant for long-term inspections and investigations into religious affairs in each locality.

According to information on the CCP’s official website, several local governments in the central province of Henan have started a training program for these assistants to teach them how to use a specially-created mobile application for collecting information about religious people in their localities and sharing it with the higher-ups in real-time. With the help of the app, which has been used on a trial basis in some Henan’s counties and cities since its inception on June 30, the collected data are to be uploaded on the province’s Religious Affairs Management and Service Platform. Therefore, the primary goal of the training is to ensure that the said platform “is upgraded and improved,” the CCP’s website proclaims.

Bitter Winter has obtained a document, entitled Work Log of Township- and Village-Based “Two Assistants” of Religious Affairs, issued by the United Front Work Department and Ethnic and Religious Affairs Bureau in a locality of Henan. As per the edict, religious work assistants must promptly report to higher authorities about the status of house church and other unofficial meeting venues. They must also conduct weekly inspections of state-sanctioned religious venues and submit reports with photos and videos attached.

Religious work assistants are also required to inspect Christian venues on Sundays and Islamic places of worship on Fridays. For Buddhist and Taoist venues, inspections are to be conducted on the first and 15th day of each month, on holidays, during temple fairs, and on other important dates.

Assistants must also investigate and report about the sale of religious printed materials, as well as Spring Festival couplets and ceramic tiles with religious overtones. Businesses that have names with religious connotations and buildings containing elements of “Saudization” or “Arabization,” must also be investigated. If assistants discover any missionary personnel from out of town or activities organized by religious groups listed as xie jiao, or even suspected of having any association with them, they must promptly report it to their superiors. If they discover any religious symbols and slogans, or missionary content during charitable activities, they must intervene immediately and put a stop to it.

Another document obtained by Bitter Winter, entitled Notice on the Proper Use of the Mobile App for Religious Affairs Management and Service Platform, issued in June by the Leading Group on Ethnic and Religious Work in a locality of Henan, states that using the mobile app to strengthen investigations and reporting is one of the fundamental measures to prevent the religious venues that have been shut down from being reopened. 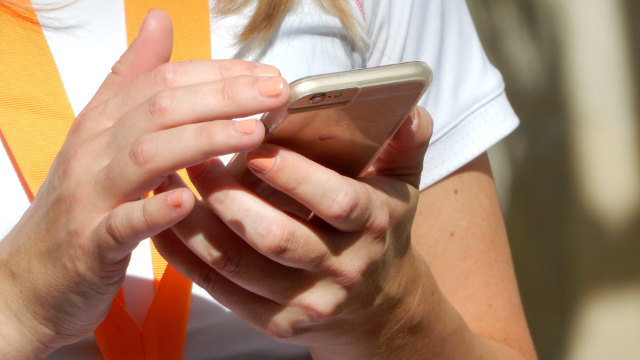 According to the document, the app lists and explains the assistants’ duties, how to carry out inspections and report about them. Using a “dynamic verification code” to sign on the app, the “two assistants” are required to use it to send reports upon discovering house church gatherings or any incidents they deem as “emergencies.” Government officials at the township level or above can use the app to check weekly inspection reports for religious venues and reports on “emergencies” to promptly handle them, thereby achieving real-time religious affairs management.