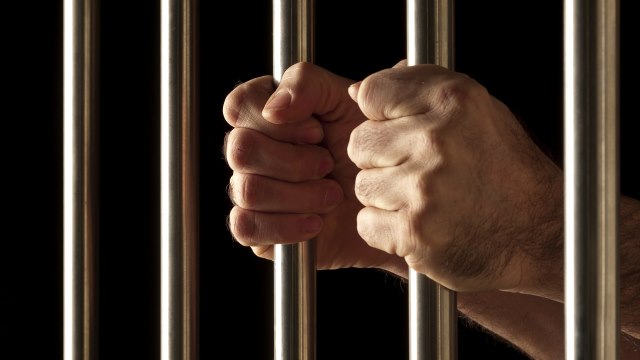 Personal accounts of the arrested believers in Almighty God during the “Operation Thunder” in Liaoning Province.

Bitter Winter reported earlier that the massive crackdown on The Church of Almighty God, a Chinese Christian new religious movement, in Liaoning Province, on June 26-28, resulted in the arrests of 700 believers in Almighty God. In the past few days, Bitter Winter received more information disclosing details of the arrests.

According to Zhou Lan, one of the arrested, at around midnight on June 26, she and her daughter Yu Ting were asleep at home in Benxi city when she suddenly heard someone shouting outside her window. Upon hearing the noise, she got up, opened the door, and saw five or six plainclothes police officers. Without presenting any documentation, they rushed into her residence and began to search it, turning her home upside down. After seizing a box of church books, a tablet computer, and a TransFlash card, the officers took Zhou Lan and her daughter to a local police station.

At the police station, the officers recorded statements from Zhou Lan who was still in a state of shock and her daughter, photographed them, and drew their blood. After these lengthy procedures, 62-year-old Zhou Lan could no longer endure it: she felt her heartbeat accelerating and had lost all strength. Yu Ting, who was suffering from stomach problems and having a menstrual period at the time, was also extremely exhausted. However, the police insisted on sending them to Benxi City Detention Center immediately. One of the police officers said to Zhou Lan, “You believe in Almighty God. The country has said that this is a crime and it is illegal. We cannot let you go.”

In the morning of June 28, Zhou Lan was released due to high blood pressure. “The police saw that I could barely go on and they were afraid that I would die in prison, so they had no choice but to send me back! But they refused to let my daughter go,” said Zhou Lan after her release. Recalling the details of her experience, Zhou Lan says that she still suffers trepidation to this day.

At 6:30 in the morning of June 27, a believer in Almighty God from Dandong city, Jiang Ming, was surrounded outside his apartment building by a group of police officers. After flashing their documents, they escorted Jiang Ming back to his apartment and searched it after verifying the identities of Jiang Ming and his wife. The officers seized a laptop, a tablet computer, an MP5 player, and bank cards, among other items. After that, the police took Jiang Ming and his wife to separate police stations for questioning; their statements were recorded and later verified.

At 7 o’clock that evening, the police took Jiang Ming and his wife to Dandong City Detention Center and held them for five days on suspicion of “organizing and using a xie jiao (heterodox) organization to disrupt social order.” Every day during their detention, the police showed them pro-CCP patriotic war videos, Xinwen Lianbo (the CCP’s official nightly newscast), and other propaganda to give them a so-called “education in patriotism.”

On June 27, the police broke into the home of Hai Yang and his wife in Liaoyang city, both members of The Church of Almighty God. After seizing a tablet computer and an MP5 player containing materials related to belief in God, and citing these as evidence, the police forcibly took the couple away. Afterward, the police set up a stakeout at their home hoping to arrest their fellow believers. The first to be apprehended was Wang Xin: he was detained as he was entering the house for a pre-arranged religious gathering. Police seized from Wang Xin a TransFlash card that contained a lot of materials related to his belief and detained him for ten days.

Around 3 o’clock in the afternoon of June 28, another member of the Church, Xiaoyu, was arrested as she was about to enter the home of Hai Yang. And later that evening, at around 6 o’clock another believer, Xiaofang, was arrested. Both of them were escorted to a local police station. At 11 o’clock that night, the police went to Xiaoyu’s home and raided it, uncovering several religious books and a list of the Church’s members. After being detained illegally for 15 days, Xiaoyu was charged with “using a xie jiao organization to undermine law enforcement,” and she is still being held to date. During this period, Xiaoyu’s husband went to visit her and found out that his wife was very likely to receive a prison sentence.

Jin Li, a 45-year-old believer in Almighty God from Dandong city, was arrested at his place of work at around 2 o’clock in the afternoon of June 29. Four police officers, led by the director of the Public Security Bureau in one of the districts of Dandong, took him to a local police station and interrogated him continuously until late at night. After the interrogation proved fruitless, seven police officers drove Jin Li home and raided it. Police turned over every corner of his home; even the food in his refrigerator was removed and searched, and his floorboards were pried open. They seized 5,000 yuan in cash and some notes on which church information was recorded and brought him back to the police station for further interrogation.

Jin Li was released only after he had signed the interrogation transcript and a summons notice. After his release, the police demanded that Jin Li carry his mobile phone with him at all times, and he is not allowed to turn it off. Currently, Jin Li and his family live under the police surveillance every day, and they have lost their freedom. Due to his arrest, Jin Li also faces the risk of being fired by his employer.

(The names are all pseudonyms.)