Henan provincial authorities are carrying out a comprehensive examination of Three-Self preachers, with the ultimate goal to get rid of “unpatriotic” ones. 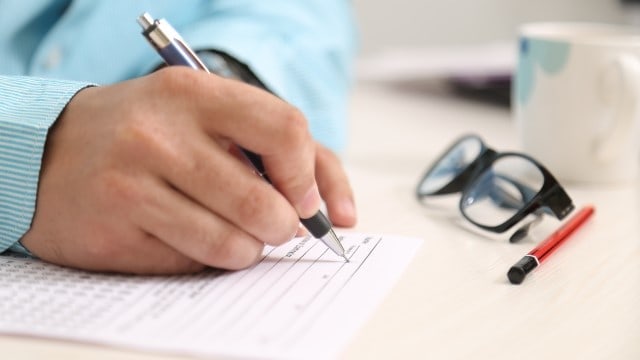 The Chinese authorities are applying Communist Party membership standards to screen preachers of the government-controlled Three-Self Church in creating a group of “red” clergy that is loyal to the ideals of Communism and unquestionably follows Xi Jinping’s policy of “sinicization.”

Interviewed by Bitter Winter, some preachers from state-approved Protestant churches in Central China’s Henan Province said that the current practices for preacher assessment have nothing to do with religion: The only criteria taken into account is preachers’ knowledge of CCP’s ideology and policies. From the assessment questions to the composition of examiners’ teams – the Party holds a firm grip on who is allowed to preach at the Three-Self Church. The preachers are worried that churches in China will eventually become the CCP’s political propaganda agencies.

Only answers in line with the Party’s ideology will pass

A preacher from Henan’s Xinmi city recounted that the decision to assess each Three-Self Church preacher was taken at a meeting convened by the then Religious Affairs Bureau of Henan Province in August 2018 (the institution was renamed to the Bureau of Ethnic and Religious Affairs later last year).

In early September, the Bureau decided that two assessment standards would be used: preaching capabilities and political knowledge, with the assigned score value of 30 for the first part and 70 for the second, making sure that only the ideologically enlightened are allowed to preach.

For the first part, each participant must write a draft sermon, the content of which must include national policy, traditional culture, and the core socialist values. Topics like eternal life, heaven or hell, and alike are prohibited from being used in the sermon.

To evaluate the political standing of preachers, the Religious Affairs Bureau has prepared a questionnaire. The preacher from Xinmi revealed that to pass the political part, those taking the test should be familiar with the terminology and policy dogmas used by the Religious Affairs Bureau. For instance, the correct answer to the question “How do you regard the issue of the national flag being raised at churches?” would be: “Without national flags, there would be no patriotism. People must love their country before loving their religion.”

To score high points with the question of how the examinees view the relationship between church and politics, one should answer that there would be no church without the country.

Question: How do you regard tomb-sweeping and offering sacrifices to ancestors? [The tradition of tomb-sweeping has been observed by Han Chinese for over 2,500 years to demonstrate filial piety – one of the Confucian virtues]

Answer: This is part of China’s traditional culture; Christians can sweep tombs and offer sacrifices to their ancestors; it is not against the Bible.

Question: Why are minors not allowed to go to church?

Answer: This is a national policy; not letting children enter churches is to ensure their physical and mental health.

A preacher from Xinzheng city, who took the assessment on April 1 this year, recalled that for the preaching part of the test, he had to give a sermon on the subject “Christians must love their country.” This is what he said during the test: “You must have a country before you can have a home. The theme and spirit of the 19th CCP National Congress is to remember the initial intention and not forget the mission. People like Hua Mulan and Lei Feng sacrificed their lives for the love of their country. They serve as examples for us.” By using references to Hua Mulan, a legendary Chinese woman worrier from 4th and 5th centuries, and Lei Feng, a quasi-mythical Communist legend and soldier in the Chinese People’s Liberation Army, often used in Chinese propaganda as a model citizen, the preacher made sure to hit the right chord with the Bureau to pass the assessment.

Another preacher commented, with a sense of helplessness, “In fact, the test for a preaching certificate is used to examine participants on their political thinking. Government officials don’t understand the Bible. As long as you flatter the Communist Party and support it, you can pass the assessment. Otherwise, no matter how well you can talk about the Bible, it would still be useless.”

According to a preacher from Luoyang city, from August to November 2018, the city’s Religious Affairs Bureau assessed preachers in the districts of Chanhe, Xigong, and Luolong. Only preachers under sixty that had a junior high school graduation diploma were allowed to take part.

The preacher said that three of the five assessors were government officials, and the other two were from the Two National Christian Councils, making sure that Party functionaries have the decision-making power. Of more than 80 assessed preachers in Luolong district, nearly 50 failed, and their preaching qualifications were revoked.

In Xinzheng city, only 58 out of 100 preachers passed the assessment, organized in late August by the city’s Religious Affairs Bureau and the United Front Work Department at Sias Yufu Church. A local preacher told Bitter Winter that even though some of the preachers were very familiar with the Bible, they received a low score on the political section of the assessment, resulting in revoked preaching qualifications. The 58 preachers were made to go through the assessment again this April. It is not yet known how many of them succeeded.

A preacher in his 80s said that the purpose of government assessments is to come up with reasons to dismiss elderly preachers and those who do not obey the Communist Party. “The government’s goal of training young preachers is to indoctrinate and infiltrate them, so that they use the CCP’s methods when giving sermons at gatherings, and, in the end, they will become more than willing to serve the CCP,” the preacher commented.