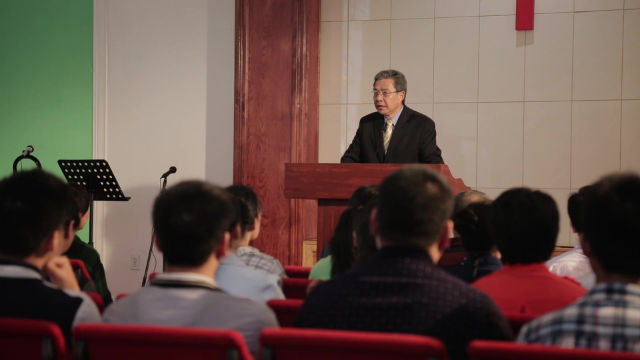 Authorities are coming up with absurd reasons for taking away Christians’ ability to worship and preach. The new one is the age of preachers.

The new reason the Chinese government is giving for stripping preachers of their permits to do so: You’re too old. That’s what Zhang Qian, who has been a Christian for more than 30 years and served as a volunteer preacher at a Three-Self church in Liaoning’s Donggang city, was told. In July 2018, officials from the city’s Religious Affairs Bureau and China Christian Council confiscated her preaching license on the grounds that she is “too old” and that “people above 60 years of age are not allowed to preach.”

“Religion has been restricted in the past, too, but it has been restricted more tightly since the new Regulations came into force,” the pastor said. “Now, all underground meeting venues have been shut down. We can only hold gatherings and give sermons at government-controlled religious venues. If we preach anywhere else, to use the government’s words, it is ‘illegal,’ and we will be arrested.”

By confiscating preaching permits and revoking the preachers’ qualifications, the authorities are actually seeking to restrain the development of Christianity, the pastor added. Nearly two-thirds of the permits for the 40 volunteer preachers at the Three-Self church in Donggang city have been confiscated.

“Now, from the Religious Affairs Bureau to the government of each town and village, religious belief is being controlled at every level. The Chinese Communist Party does not allow religious freedom,” the anonymous pastor said.

In addition to being “too old,” preachers returning to China from overseas are also restricted and suppressed and are prohibited from giving sermons.

In late November 2018, Preacher Zhao Ruilin from Dandong city received a notice from the Religious Affairs Bureau, stating that because he had been to South Korea, he is not allowed to give sermons at the church anymore. In 2015, Zhao Ruilin went to study at a theological seminary in South Korea for three and a half years and received a certificate there. After returning to China in June 2018, he served as a preacher at a Three-Self church in Dandong city.

To ensure the CCP’s absolute leadership over religion, the authorities have taken strict precautions against “penetration by foreign forces,” mainly targeting South Korean Christians in China. Many preachers of South Korean origin have been deported as a result.

Some religious figures believe that with the severe crackdown on South Korean churches in China, many Chinese preachers who have studied theology in South Korea are also regarded as “foreign forces” and are restricted and monitored by the authorities after they returned to China. Meanwhile, the authorities have increased their restrictions on and suppression of preachers, squeezing out space for Christianity to develop.