Merely because of their faith, believers are losing their freedoms – and their families. 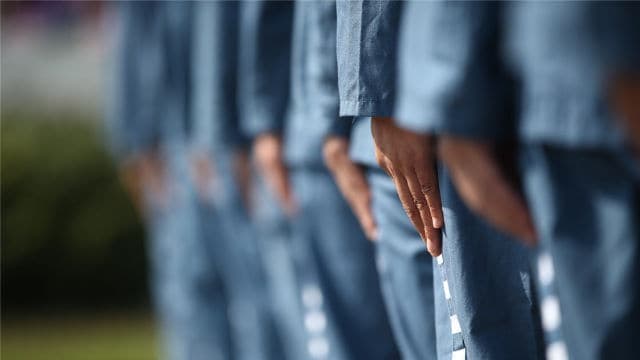 Bei Shuqi, a member of the Church of Almighty God (CAG), was arrested in 2017 in Daqing city in China’s northeastern Heilongjiang Province just for believing in God.

After being illegally detained for over a year, she was finally sentenced to two years and ten months in a Heilongjiang prison. Her family wasn’t alerted of the arrest, the court proceedings or the subsequent sentence. When Bei Shuqi’s mother finally learned where her daughter was held, she made three trips from their home in northeast Liaoning Province but was refused access to see her daughter.

At the beginning of 2019, Bei’s mother finally received a visitation notice. At the prison, across the cold glass, she saw her daughter’s pale and swollen face. “Mom, don’t worry about me. I can return home in 2020,” said the daughter to comfort her mother. Bei’s mother was in tears and unable to speak, and a prison guard ruthlessly stopped their meeting after only five minutes.

“My daughter was arrested more than a year ago. I have been worrying about her ever since, but I only got to see her for five minutes,” Bei Shuqi’s mother said, choking with emotion. “I hope my daughter can get out of prison sooner. Every time I asked to visit her, I was rejected. I’m worried that they beat my daughter to death. Otherwise, why do they never let me see her?”

The fears of Bei’s mother are warranted.

In China, the Church of Almighty God is emerging as the most severely persecuted religious movement. After being arrested, CAG believers are often subjected to torture and cruel treatment. According to the information provided by the CAG, in 2018, at least 19 of its members were extra-judicially executed or persecuted to death.

Another mother shared the experience similar to that of Bei Shuqi’s family. In January 2019, she and her family rushed from Liaoning to a prison in Heilongjiang to visit her son, Ban Siming.

“In the second half of 2017, my son was arrested due to his belief in Almighty God. They only notified me that he had been sentenced after he had been detained for more than a year,” Ban’s mother said.

This was her first time visiting her son, but after traveling across two provinces along bumpy roads, she was told that she was prohibited from visiting Ban Siming because he hadn’t signed the so-called “four statements” – repentance, break-up, guarantee, and criticism – which ultimately means betraying and abandoning one’s faith.

Ban’s mother begged the prison guards to see her son. “I asked a lot of staff members, but as soon as they heard my son’s name, they all coldly rebuffed me, saying that I can’t see him if he doesn’t sign the four statements. The family members of other prisoners are all eligible for visitation. When seeing that other people could get in smoothly, I felt both anxious and sad. They wouldn’t let us meet just because my son doesn’t deny his faith.”

Compared with Ban’s mother, the experience of Zhang Lin’s family has been even worse. Zhang Lin was arrested in Heilongjiang in the second half of 2017. After Zhang Lin’s sister learned of this, she tried to find out Zhang Lin’s whereabouts and bring him some clothes, but she was denied. The family still doesn’t know whether he is being detained.

By prohibiting families from visiting their detained relatives, the CCP is violating the laws, as well as the rights of these people. Then again, the CCP likes to treat those who have been convicted for their faith just like common criminals.