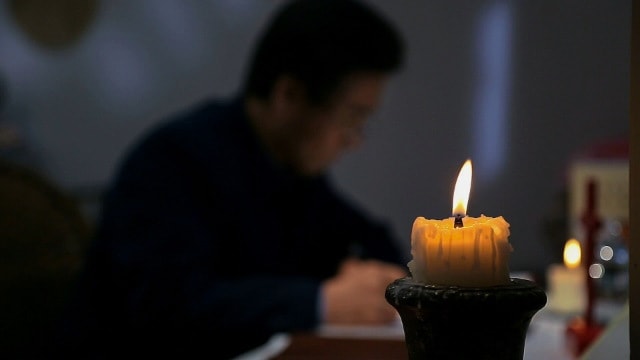 Refusing to join the government-controlled Chinese Patriotic Catholic Association, some priests in Hebei have been forced to leave their churches and now organize secret “guerrilla-like” congregation gatherings.

Despite the September 22 provisional agreement between the Vatican and China, the latter has not ceased its harassment of underground Catholic Church. Holding on to their beliefs, some underground clergy in the northern province of Hebei, China’s Catholic heartland, refuse to follow the Party line and pay the price of going even deeper underground. Bitter Winter talked to some of such priests.

It was in 2011 that Father Wang was first driven out of his church in Shijiazhuang city. In late September this year, four days after the Vatican-China deal was signed, he was tracked down again and summoned for a “discussion” with the local Public Security Bureau. He was asked about the masses he holds and the number of believers attending them.

Officials ordered him to register with the Religious Affairs Bureau and join the government-controlled CPCA by processing his priest certificate with them, or else his congregation’s gatherings would be deemed illegal and prohibited.

Father Wang refuses to ever join the CPCA. He recalled the Pope Benedict XVI’s letter to Chinese Catholics in 2007, in which he deemed the CPCA as incompatible with the specific nature of the Catholic Church.

“This isn’t as simple as getting a certificate; it’s a matter of one’s conscience. The certificate means obeying everything that the CCP says.” Father Wang cautioned that the policy of “sinicization” is creating numerous situations where the clergy and believers have to make these choices of conscience.

“The CCP has ordered that minors are not allowed to enter churches, they make churches to hoist the Chinese flag on altars, and some have been required to hang the portraits of Mao Zedong and Xi Jinping. If we join the Chinese Patriotic Catholic Association and obey the government, we not only go against our conscience but more so, it is a betrayal of God.”

He believes that after the deal with the Holy See, the CCP acquired an absolute advantage, and is no longer giving the underground Church any room. Father Wang thinks that before signing the provisional agreement, the Pope did not consider enough the pain and anxiety faced by underground priests.

He said helplessly, “The underground Catholic Church faces the threat of being eliminated. Priests can’t continue conducting religious activities in a normal manner unless they obey and follow the Party.”

Another priest from Shijiazhuang, Father Feng, has been chased by the authorities to join the CPCA for months now. He has been summoned for interrogation multiple times and was even placed under house arrest in a hotel, where he was secretly subjected to “ideological conversion.”

Father Feng received the final warning on September 25, when Religious Affairs Bureau officials threatened to take away his priesthood qualifications if he refused to comply. He chose to leave the church but continues to hold mass at homes of believers in secret.

Father Ma from Xingtai city too had to leave his church due to similar persecution. To escape notice, he has to change the venue of mass frequently and only informs the believers at the very last moment.