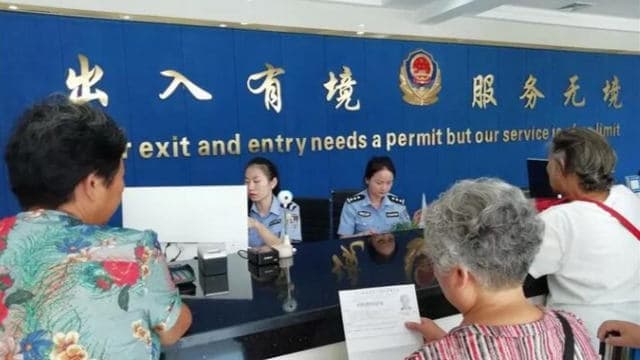 A group of house church believers planned a tour to the Holy Land. Their travel was denied, their churches harassed, closed, and forced to merge.

In July 2018, a group of 30 people, including pastors and believers, from the Mission Fellowship of a house church in Shandong Province’s Qingdao city on China’s east coast, were preparing to travel to Israel with a tour group. Upon learning that members of the house church wanted to travel abroad, Qingdao authorities prohibited the 30 Christians from leaving the country on the grounds that they were “going abroad to do missionary work.” The authorities also blacklisted all 30 people and placed them under surveillance.

In mid-September, Pastor Pan Yongliang, the leader of this church’s Mission Fellowship, was summoned by the Religious Affairs Bureau. At the same time, authorities sent officers to seal off one of the church’s meeting venues on the same grounds that the church was “going abroad to do missionary work.”

One member of the church, who requested anonymity, said: “He [the police officer] went directly to find the owner [the landlord of the church meeting venue], and threatened her, saying that she is forbidden to rent the apartment to us, and she will be arrested if she continues to do so.”

The believer also revealed that Qingdao’s Religious Affairs Bureau issued a notice, ordering all house church meeting venues to register to be affiliated with a local Three-Self church. The state-approved Three-Self churches must manage all ecclesiastical affairs, and unregistered church venues are deemed illegal. If illegal gatherings are discovered, a fine of 50,000 RMB (about $7,400) will be imposed on the congregation.

Under severe pressure from the government, several meeting places of the Mission Fellowship had to stop holding gatherings, leaving about 500 to 600 people with no place to worship.

The travel restrictions and harassment described above are typical of the intensifying control over, and suppression of, activities of the house churches. Believers going abroad especially attract the government’s attention. According to Article 70 of the new Regulations on Religious Affairs, which came into effect in February 2018, all unauthorized organizations of citizens going abroad to participate in religious trainings, conferences, worship, and other activities related to religions, are prohibited. Failure to comply can result in fines from 20,000 RMB to 200,000 RMB (about $2,960 to $29,600).

Korean-American pastor Jack, from the Seventh-day Adventist Church, spoke about the Chinese Communist Party (CCP)’s ban on mainland Chinese pastors going abroad. He said that the authorities are afraid that Chinese believers will engage in faith-related discussions with foreign believers.

The Seventh-day Adventist Church holds a global conference every year. The 2018 global conference was held in South Korea in August. When the church tried to organize mainland Chinese pastors to go to South Korea to attend the conference, they, too, were prohibited from leaving the country by the Chinese government.

Afterward, the movements of pastor Jack, as one of the foreign missionaries of this church in China, have been controlled. He said, “The government has told me that I’m not allowed to go out to preach about Jesus, much less to go to churches to give sermons. Now, any time I go to a church, as soon as the police see me, they will order me to leave.” He added that, at present, the Municipal Public Security Bureau of Wuhan city, the capital of Hubei Province in central China, has already started investigating him, and it is possible that he will soon have no choice but to leave China.