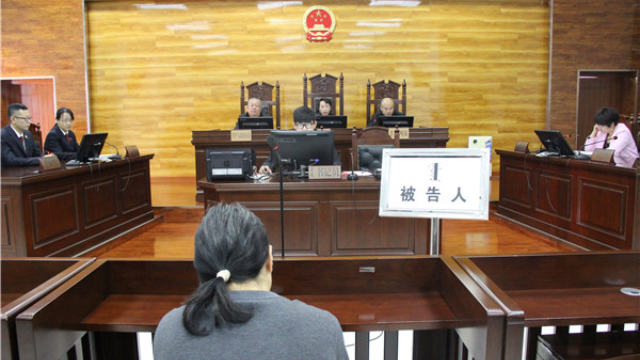 The Chinese government is so intimidated by this spiritual practice that focuses on meditation and exercise it tortures its practitioners.

Over the course of the past 18 years, one practitioner of Falun Gong has been seized by the CCP three times in China’s northern province of Shanxi, and she has been subjected to inhumane torture and cruel treatment. Her family has also been deeply implicated, suffering both mental and physical harm.

Zhen Zhizhuo – a pseudonym – has been practicing Falun Gong in Shanxi’s Taiyuan city, despite the efforts of the Chinese Communist Party of China, or CCP, to strip her of that belief system.

After the Chinese authorities banned Falun Gong and put on the list of xie jiao in 1999, on December 20, 2000, Zhen and three other practitioners went to the Beijing Letters and Visits Office to petition the authorities to let them freely practice, by explaining the benefits that Falun Gong offers people. But instead of a listening audience, Zhen and the others were seized by local police. Zhen and another practitioner were forced into the trunk of a squad car, dragged to a secret interrogation site and questioned.

During the “interrogation,” Zhen was stripped of her clothing and forced to stand near an open window and stand barefooted on ice. This was during the winter solstice, Zhen said, and she was beyond freezing in only her underwear. The authorities left her in the cold, only to return every 30 minutes to question her further. When she declined to answer, she was violently slapped in the face.

This torture went on all night.

She was detained for five days and then transferred to the Taiyuan City Detention Center, where the police tried to cajole her into signing a letter of repentance guaranteeing she would give up her religious beliefs. Zhen refused. After holding her illegally for three months, they transferred Zhen to the Zhencheng Correctional Center, where, according to Zhen, several hundred practitioners of Falun Gong were also being held.

During her detention, Zhen was forced to study materials that defamed Falun Gong daily. If she refused, to denounce her beliefs, guards would punish her by making her stand from morning until they let her return to her room to sleep. Once, while she tried practicing Falun Gong while sitting on her bed, a female officer discovered her and violently beat her arms, then poured a basin of cold water over her. She was then dragged to the ground and stabbed repeatedly with a pin from the arches of her feet to the palms of her hands, until Zhen’s whole body was covered in blood blisters and she was in unbearable pain.

When scriptures were found hidden in her bed, she was promptly taken to an office with an iron-barred window where six to seven police officers beat her. As a result, some of her teeth were knocked loose, so much so that her mouth was eventually filled with missing tooth roots. She also began to lose hearing in her right ear.

Zhen was released on bail after six months. But the torture by the CCP wasn’t over.

In November 2005, when Zhen Zhizhuo was taking two elderly Falun Gong practitioners to the train station, she was arrested by railway police for carrying a box of Falun Gong materials and CDs, and then detained at the local detention center. This time, she was illegally held for a year before authorities sentenced Zhen to three years in prison on charges of “using a xie jiao organization to undermine law enforcement.”

During her term in prison, guards subjected Zhen Zhizhuo to constant mandatory indoctrination in order to get her to reject her religious beliefs. With the exception of meal-times, Zhen was kept alone in her cell. She was constantly forced to watch videos that defamed Falun Gong, during which time she was not allowed to lower her head, close her eyes, sleep or even go to the bathroom. This lasted until midnight, at which time she was allowed to sleep after being inspected by supervising staff. As Zhen Zhizhuo resolutely refused to write a letter of repentance, she continued to be treated this way. She was tortured until she became emaciated.

After her release from prison, at the end of 2008, Zhen continued to practice her religion, but she was in constant danger thanks to the CCP’s persistent suppression policies against Falun Gong.

Then, again, in 2014, Zhen Zhizhuo was passing out religious leaflets in a neighborhood in Shanxi’s Taiyuan city, when she was seized by officers from the local police station. After being held at a detention center for four months, Zhen Zhizhuo was charged with the same crime as before, and sentenced to three and a half years in prison.

Again, Zhen Zhizhuo suffered through her hell-like life in prison until the time of her release three and a half years later.

And yet, the police haven’t loosened their control: Zhen has to report to the local police station once a month; even when she got sick she was still required to be accountable, only going to the hospital after the police gave approval.

To this day, Zhen is closely monitored by authorities.