Amid the US-China trade war, the Chinese regime manipulates public opinion and imposes restrictions on citizens to evade adverse effects on its totalitarian rule. 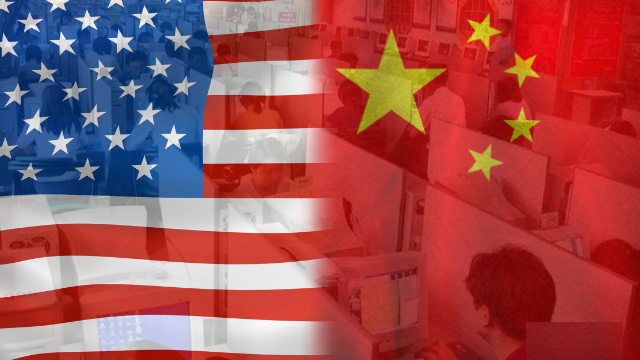 The state-run media in mainland China provides little information on the disadvantageous impact on China’s economy and daily lives of citizens caused by the ongoing US-China trade war. Instead, the communist authorities spare no effort in preventing negative information on economic problems from influencing public opinion that may cause risks to its totalitarian rule.

Bitter Winter has obtained a document issued by a local government in central China that calls for coordinated efforts between state institutions to prevent the US-China economic conflict from “eliciting social stability problems.” The Public Security Bureau, State Security Bureau, Commercial Affairs Bureau, Foreign Affairs Office, and propaganda offices are mentioned as the key departments for this task. The document also demands to set up an emergency plan to deal with negative consequences should they arise.

As per the regulation, the institutions mentioned above should pay close attention to the companies that may suffer as a result of the trade war. Changes in public opinion and any upheavals caused by unemployment, fluctuations of commodity and stock prices, and other challenging situations should be immediately dealt with.

Additionally, to further propaganda efforts and persuade citizens to support the central government’s decisions and policies, the document demands institutions in charge of propaganda and cyberspace security to strengthen control over public opinion and block any information and remarks unfavorable to the regime. In particular, comments that may lead to mass protests should be investigated immediately, and persons involved punished.

In May, the municipal government of a city in the northeastern province of Heilongjiang ordered all institutions under its supervision to ensure that only pre-approved information on the US-China trade war is published in local media outlets. Primarily, reports previously published in the central state-run media should be made available, without changing their headlines, and no locally-collected information or news should be published. After each such publication, readers’ comments should be monitored.

Trade war-related social stability measures have also been introduced on university campuses, the central government ordering to intensify control over information against the government being exchanged between the teaching staff and students online or in class.

A student from a university in Beijing told Bitter Winter that using the US-China trade war as an excuse, the university demanded students to replace their Apple smartphones with the ones produced by Huawei – the company that is considered an important tool for China’s regime – or the school would not allow them to access the internet network on campus.

Lecturers from several universities were forced to cancel study and exchange trips to the United States because of the trade war. One of them revealed to Bitter Winter that although he and his colleagues had gone through all procedures for the trips, schools’ administrations withheld their documents, claiming that “Party members can’t go to the United States.” In reality, non-Party members are also prohibited from going to the US.

“University leaders said that such measures are enforced to prevent those going abroad from leaking state secrets,” another university teacher who was prohibited from going to the US explained. “This is allegedly a regulation from a central government-adopted document. From September to November, all CCP members, leaders and officials were ordered to study trade-war-related central government policies to learn how to ‘bear in mind the mission.’” She added, “Because of the severe situation caused by the trade war, governments on all levels and leaders of institutions are afraid to get into trouble. It’s unlikely that we will have another opportunity to go to the US in the future.”