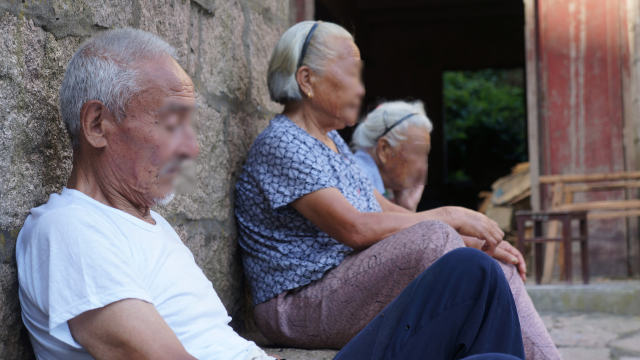 Authorities forced them to give up their religious belief by threatening to cut off their subsistence allowance and pension subsidies.

In May, local government officials threatened Lin He and his wife to stop believing in God. They were told that their ‘impoverished household benefits’ would be revoked if they did not obey.

The couple lives in Hebei’s Shijiazhuang city, and both suffer from paralysis. They are unable to take care of themselves, and their son works several temporary jobs to look after them.

A local villager who knows the couple, said, “They meet the criteria for poverty alleviation, but now the government is using that to coerce them into renouncing their faith.”

Meanwhile, Ms. Jiang is a 74-year-old Christian who lives with her husband and son in Liaoning’s Dandong city. Her son suffered from a brain tumor in the past and has now lost the ability to work. Ms. Jiang suffers from muscle and nerve pain, and her husband is unable to do any farm work as well. The family is entirely dependent on the government allowances for their daily expenses.

However, when she applied for the subsidy this time, it kept getting delayed despite having completed all the procedures. In August, local government officials showed up at her home and threatened her against inviting people to her house. They said, “You cannot let others come to your home for gatherings. If you continue to believe in God and have gatherings, then you will not receive a minimum living subsidy.”

Her husband was forced to sign his name on a document that said, “Immediately stop conducting religious activities; remove all signs and symbols bearing Christian connotations.” Later, village cadres would visit multiple times to drive home the message: if you continue to believe in God, your subsidy will be revoked.

In the case of Liu Yuzhen, a 74-year-old Christian from Henan’s Gongyi city, the threat was followed on and the pension revoked for real time. A village cadre told her, “The Communist Party gives you money. If you continue believing in God, your pension will never be issued to you ever again.”

Before this, in Henan’s Hebi city, Guo Guicun and three other elderly disabled believers of the local government-controlled Three-Self church were harassed for the same reason. Government officials warned them against their religious belief and told them that if they did not obey, their pensions and subsidies would be revoked.

As per the Universal Declaration of Human Rights, “Everyone has the right to a standard of living adequate for the health and well-being of himself and his family, including food, clothing, housing and medical care and necessary social services, and the right to security in the event of unemployment, sickness, disability, widowhood, old age or other lack of livelihood in circumstances beyond his control.”

However, the actions of Chinese authorities deprive the citizens of the fundamental human rights in violation of international law.

(All names used here are pseudonyms.)