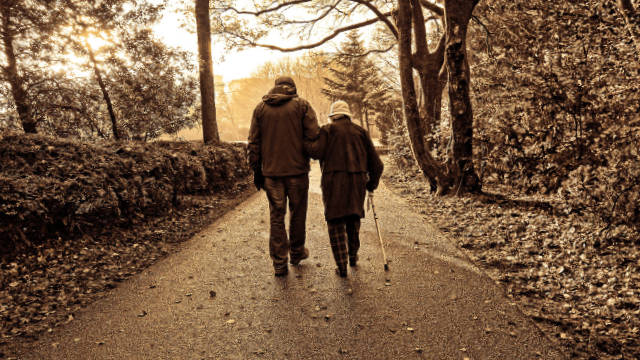 House churches are forced to change locations to avoid being closed down by Chinese authorities, making the life of senior Christians extremely difficult.

Being a Christian in China is hard enough. But imagine being a Christian in your 90s and forced to ask others to bring you to church gatherings. That’s the position Mr. Li is in. Making matters worse, however, is that the authorities force local churches to frequently change locations, meaning Mr. Li and other elderly folks are sometimes required to climb to the fourth floor of worship halls.

“I’ve finally climbed up here again, more than 70 steps,” Mr. Li said. “How great it would be if we didn’t need to move.”

Mr. Li is a member of a house church in Chengde county, Hebei Province, which, initially, met in a 130-square-meter room on the first floor of a residential community to make it more convenient for elderly believers. More than 40 people attended those gatherings. However, in July, these meetings were cut off as the authorities continued their campaign to eliminate house churches.

After discussing the situation, the church’s co-workers decided that no matter what, they would not join the government-controlled Three-Self Church – the requirement that Chinese authorities have been imposing on all Protestant house churches. They told our reporter: “If we allow people from the Communist government to explain the Bible, wouldn’t the entire Bible be misinterpreted? The church has only one head, and that is Jesus.”

Although they decided not to join the Three-Self Church, the Christians have to frequently switch meeting venues to avoid being shut down by the government. This is extremely difficult for elderly believers who have limited mobility. A few months ago, one male believer in his 70s was almost hit by a car on his way to attend a gathering.

“After the meeting venue was changed, since I’m not familiar with the roads and my eyesight is dim, I was just focused on finding the right road, and I almost got hit by a car,” the elderly man said. “If not for the protection of God, I would have died that day.”

And yet, no matter what their ages, the local Religious Affairs Bureau still calls and asks whether the believers are holding gatherings, which forces the gatherings to change the location to a safer venue.

For Mrs. Liu, an 83-year-old Christian in Luoyang city, in the central province of Henan, the church group she was meeting was sealed off in August.

While the meeting venue was being sealed off, she said: “I’m old, and my legs and feet don’t work well. It is always my grandson who supports me by the arm and takes me to the gatherings. Now that it has been closed, how can I continue to believe in God?” Tears flowed down her face as she said this. But the reply from a member of the Chinese Communist Party, or CCP, was chilly. “This is a national policy,” he said.

Even membership at a government-controlled church does not help the elderly to avoid persecutions on behalf of authorities. A married couple of 82-year-old Christians from Gushi county in Henan Province belong to the Three-Self Church as well as are members of the CCP. In March, the secretary of the village where the couple lives demanded that they stop attending gatherings or else be stripped of their party membership and have their retirement pension revoked. The husband and wife were angry, but did not dare to say anything; they now worship in secret at home. The government’s harassment did not stop there. The elderly husband and wife report that they were once tracked by government informers when they went to seek medical help, causing the couple great distress.

(All names used in this article are pseudonyms.)