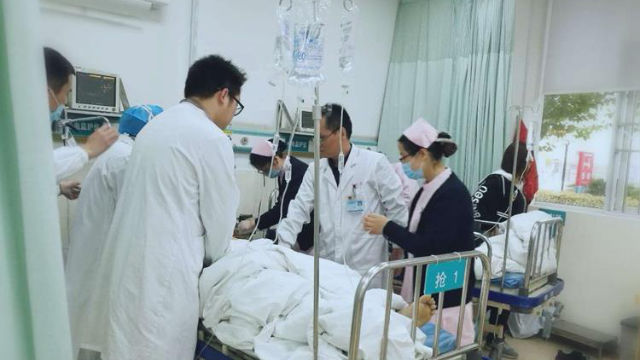 A member of The Church of Almighty God was arrested and died in detention soon after. Because of injuries on her body, her family believes that mistreatment by the police caused her death.

Jiang Lihua (pseudonym) from Dunhua city in the northeastern province of Jilin was a member of The Church of Almighty God, some time ago she even served as her church’s leader. In the evening of September 13, four plainclothes officers from the municipal Public Security Bureau broke into her home and searched it. Frightened and stressed by this, Jiang Lihua had a heart attack and was taken to the hospital.

She regained consciousness the next morning, and her husband went home to get a change of clothes for her. However, upon his return, he was informed that some officials from the Public Security Bureau had taken Jiang away. He rushed to the Bureau but was refused to see his wife.

Later that evening, Jiang’s husband received a phone call from an official at the Public Security Bureau who told him to go to the hospital. He found Jiang Lihua in the intensive care unit with an oxygen mask on her face.

According to sources, Jiang’s relatives saw large areas of contusions and purple bruises on her left arm. They wanted to take photos but was stopped by the police.

When asked, neither the police nor the doctors provided any reasonable explanations about the wounds on Jiang Lihua’s body; they said that injections had caused this. The family, however, believes that Jiang’s injuries were the result of police interrogation and that she was tortured during it.

In the afternoon of September 15, the hospital announced that Jiang Lihua had died. Her family thinks that her death was the direct result of torture, because her medical records show that she was not breathing and had no heartbeat when an ambulance arrived at the Public Security Bureau the day before.

Jiang’s family went to the Public Security Bureau to demand an explanation. To their surprise, instead, they were shouted at by the deputy director: “The province issued a document demanding that The Church of Almighty God be annihilated, such arrests are taking place nationwide. Since she believed in Almighty God and was even a leader, we were right to arrest her!”

Jiang’s family is distraught and angry but has nowhere to redress this injustice.