Canadian Robert Lloyd Schellenberg will be executed, while Beijing continues to maintain almost total secrecy over the number of people condemned and killed. 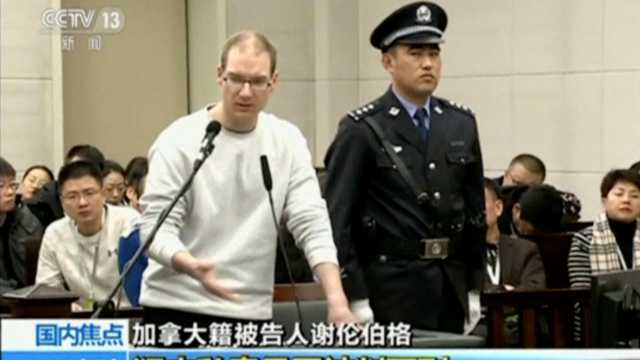 Robert Lloyd Schellenberg, 36, a Canadian citizen, has been sentenced to death in China by a court of justice in the seaport city of Dalian, in the south of Liaoning Province. The ruling came at the end of the appeal trial called by Schellenberg’s lawyers against the 15-year jail term to which he was convicted in 2018 for having smuggled over 200 kilograms of amphetamines to China, a crime for which he was arrested in 2014.

As Chris Buckley, of The New York Times, writes, “Mr. Schellenberg was detained for 15 months before his first trial, and it took an additional 32 months before a court declared him guilty and sentenced him to 15 years in prison”. Lastly, the embitterment of his penalty emerged during “Mr. Schellenberg’s appeal hearing last month,” when after hearing the testimony of Mr. Xu Qing, a witness, “prosecutors said emerging evidence indicated he [Schellenberg] had played a bigger role in a drug trafficking network, and so his initial sentence was too light.”

NYT’s Buckley also reports that, according to Mr. John Kamm, chairman of the Dui Hua Foundation, a group based in San Francisco that monitors human rights in China, between 2009 and 2015, China executed at least 19 foreigners for drug trafficking.

Schellenberg is not the only Canadian national detained in China. Mr. Michael Kovrig, 48, a former diplomat, was arrested in Beijing on December 10, on suspicion of endangering national security (on January 14, Ms. Hua Chunying, the spokeswoman of China’s Ministry of Foreign Affairs, says that Kovrig is not entitled to diplomatic immunity). Just like Michael Spavor, 43, a businessman with personal ties to North Korea’s tyrant Kim Jong-un, arrested on the same day in the prefecture-level city of Dandong, on the Chinese side of the China-North Korea border.

The three cases are, of course, different, and all those who violate the law deserve punishment. But punishment must always be fair, proportionate to the crime. Also, people accused of felonies must always be proven guilty beyond any reasonable doubt. To say the least, therefore, the three cases need supplements of documentation. It is, in fact, not unreasonable to see them as retaliation for the arrest of Ms. Meng Wanzhou, 46, deputy chairwoman of the board and chief financial officer of China’s largest private company, Huawei Technologies Co. Ltd (as well as the daughter of Ren Zhengfei, the founder of the telecommunications giant created in 1987 in Shenzhen, in the southern Chinese province of Guangdong), arrested in Vancouver, on December 1 for violation of the sanctions imposed by Donald J. Trump’s US Administration to Iran. Behind Meng, in fact, the huge Huawei problem stands out.

The case of Mr. Schellenberg, involving the death penalty, is particularly staggering. Smuggling drugs is a hideous crime. Selling drugs to people, especially youngsters, whose lives are then devastated, must always be punished by law. But do we, in full conscience, find nothing to object to the fact that a man, yes, even a drug dealer (let’s take that for granted), who is sentenced to 15 years in jail sees its punishment suddenly changed to death during a trial of appeal, which he called for in order to question his first penalty? This is not a rhetorical question for two reasons.

The first is that China has a startling record of death penalties and mocks the rule of law on a daily base. The death penalty is a severe punishment and an extreme measure. It isn’t illegitimate per se, not even in the face of natural law, nonetheless, it always calls for much apprehension. Those who are in favor of it, even judges who rule death penalties, never do it lightheartedly.

The Catholic Church, for example, admits the death penalty as legitimate, and it has always admitted it, but Pope Francis has recently called for a definitive change in the Catechism of the Catholic Church saying that it is always unacceptable. This modification has undoubtedly something to do with the Chinese situation and it, of course, causes problems to the Vatican-China Deal of 2018. This brings us directly to the second reason why the sudden sentencing of Schellenberg to death, even the drug-dealer Schellenberg, is highly disputable. It’s that the rule of law is practically non-existent in China.

It’s the core and daily business of Bitter Winter to document how the law and its rule is stepped on every single day all over China. The Constitution, which even grants religious liberty, and religious liberty are scoffed. The legal code and a flippant approach to legality are used to tread on human rights. Tribunals, courts, judges, regional and provincial administrations, state offices and departments, and every branch of the police defy the law, fining and arresting people on laughable excuses. If sentencing a person to death is a difficult and delicate matter in a country where the rule of law is respected, in China – where the administration of justice is constantly abused and ignored – it is a waking nightmare.

The most recent report by Amnesty International, released in April 2017 and containing data regarding 2016, “exposes that hundreds of documented death penalty cases are missing from a national online court database that was initially touted as a ‘crucial step towards openness’ and is regularly heralded as evidence that the country’s judicial system has nothing to hide”. In fact, the world-famous NGO points out that “China’s database contains only a tiny fraction of the thousands of death sentences that Amnesty International estimates are handed out every year in China, reflecting the fact that the Chinese government continues to maintain almost total secrecy over the number of people sentenced to death and executed in the country.”

While Beijing classifies most information related to the death penalty as “state secrets,” “Amnesty International found public news reports of at least 931 individuals executed between 2014 and 2016 (only a fraction of the total executions), but only 85 of them are in the state database. The database also omits foreign nationals given death sentences for drug-related crimes – despite media reports of at least 11 executions of foreign nationals. Numerous cases related to ‘terrorism’ and drug-related offenses are also absent”. Drug-dealing remains a crime, but we all know that the regime definition of “terrorism” just suits its laundry list of unwelcome people to be eliminated.

Canada performed its last capital punishment in 1962 and then abolished the death penalty in 1976. Will Canada allow one of its nationals to swell China’s death toll?