More and more people die while in police custody or serving their sentences in China’s prisons as a result of torture and mistreatment. 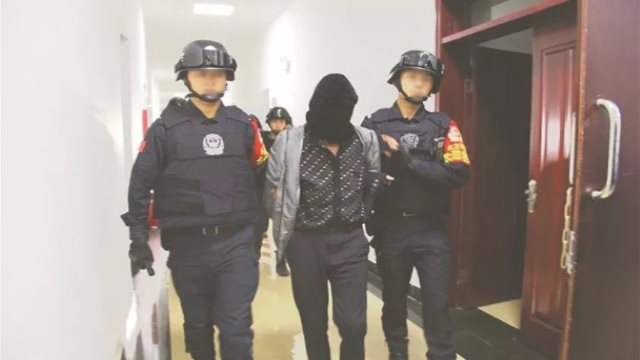 Suspicious deaths of detainees in China’s penitentiary system have become a sad reality for the growing number of people. Family members of the deceased are left in the dark, harassed and threatened by the government when trying to find out the real reasons behind the passing of their loved ones. In the majority of cases, facts are concealed, and no one is held accountable.

In July 2017, a 30-year-old man from the southern province of Guangdong was taken into police custody for getting into a fight. At 5 a.m. the next day, his family received a phone call from the police, informing them that he was in a hospital. They found the young man without consciousness in an intensive care unit. The family noticed lesions on his back that looked like they had been caused by beating. The police insisted that the wounds were the result of an accidental fall, during which he hit his head and lost consciousness.

An inside source told the family that on the evening of the arrest, police officers took the man to a hotel, not a police station, for interrogation. The source said that the 30-year-old was tortured.

Six days later, the man died after all attempts to resuscitate him have failed. On the evening of his death, more than a dozen riot police officers came to the hospital to take his body away for cremation. The family insisted on an autopsy, which was later performed, but its findings were not disclosed to them. Despite several attempts to petition the government, the family couldn’t find out what had really happened.

The mysterious death of a veteran

Mr. Fan, a 68-year-old war veteran from the eastern province of Zhejiang, was one of the organizers of protests against the unjust treatment of retired soldiers, who has initiated over 100 attempts to petition the government.

On April 2, Mr. Fan was arrested following a veterans’ reunion. After a day in detention, he was transferred to a local indoctrination base to study national policies for six days as punishment.

On April 8, the last day of the “study,” Mr. Fan was discovered dead after having fallen from the fifth floor of a residential building. According to eyewitnesses, his body had marks reminiscent of the ones left from electric batons used by the police. The eyewitnesses and staff of the residential community were warned not to discuss the matter with anyone, and no investigation followed.

According to local customs, the deceased would generally be buried within five to seven days after death. The government, however, demanded the man’s family to cremate and bury the body immediately. Government officials were present during the proceedings.

According to sources, after the funeral, a local government official commented that the “trouble-maker has finally died,” and that it would be “much quieter without him.” He also revealed that the government was going to give the man’s family 600,000 RMB (about $ 85,000) to silence them.

Families left with no answers

On January 29 this year, a 67-year-old believer from the Guangxi Zhuang Autonomous Region in the south of China, died while serving a sentence for being a member of the Lord God Sect, which is designated as a xie jiao by the CCP. According to Article 300 of the Chinese Criminal Code, being active in a xie jiao is punishable by three to seven years of imprisonment.

The authorities reported that the man had died because of a heart attack. But the man’s family claimed that he had been very healthy for his age before imprisonment and never complained about heart problems. Because his body was ordered to be cremated the next day, the family was not able to find the real reasons for his demise.

In June 2012, during an arrest operation of illegal gamblers, the police in the southeastern province of Jiangxi mistakenly arrested a couple who ran a stall in front of the entrance to one of the gambling places. The wife was released after two weeks, but the husband continued to be detained.

When she came to visit him, the man told her crying that officers were abusing and beating him. He pleaded to get him out of detention no matter how much it would cost. Despite many efforts, the wife failed to guarantee her husband’s release. A week later, the police called to inform her that the husband had fallen into a coma because of a hemorrhage caused by high blood pressure. Her husband died after two years in a coma.