The growing number of mortalities in prisons or police custody is another cause for concern as to the state of human rights in China. Two families tell their stories. 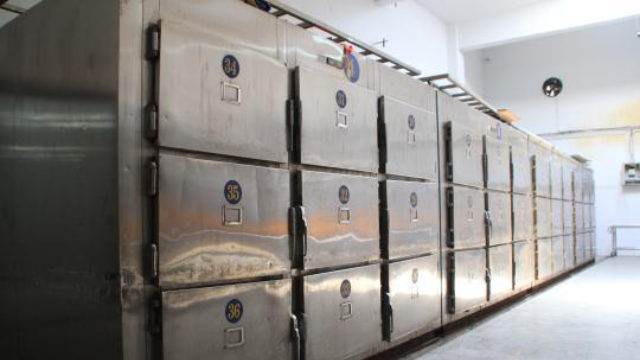 On Monday, Chinese Human Rights Defenders reported that Wang Meiyu, an activist from the central province of Hunan, died unexpectedly of unknown causes in a detention center. His wife, Cao Shuxia, said that the government didn’t explain to the family what had happened. “They didn’t say how he died. We were even threatened at the scene that if we took photos, we’d have to bear responsibility,” she added.

Wang Meiyu was arrested at Hunan’s Changsha Railway Station on July 8, because of repeated public calls for President Xi Jinping and other government officials to resign. On July 10, he was sent to the Hengyang City Detention Center in Hunan, and detained for “picking quarrels and provoking trouble.”

Sadly, unnatural deaths in custody are a frequent occurrence in China. Since the government threatens family members and obstructs their investigations, many such deaths remain unknown to the public, and the true causes of fatalities remain mysteries that can never be solved. Authorities come up with a variety of absurd reasons to cover up the real causes – in many cases, torture or mistreatment of detainees – why people passed away in custody, like dying “while playing hide-and-seek,” “washing their face,” “from tripping and falling,” or “choking on chicken bones.” Since such reports were made public, these terms are now frequently used by people to mock the government’s misuse of power that results in deaths.

Two people shared with Bitter Winter their tragic stories of losing family members who were in detention. Fearing persecution, they asked to remain anonymous.

A young man dies on the same day he was detained

At around 11 a.m. on July 14, 2016, a young man from the southeastern province of Fujian, who was going through the break-up of a romantic relationship, hit with his fist a vehicle parked on a village street. Onlookers who saw the incident called the police, and the man was taken to the local police station. At around 5 p.m. that day, the man’s father was notified by the police that his son had died, and his body had been sent to a crematorium.

The man’s friends and relatives asked to see his body. They were allowed to go to the crematorium but were told to leave their phones behind so they could not take photos.

After seeing many bruises on his body, his loved ones concluded that he most probably was beaten to death.

“There were three block-shaped bruises on his chest, and black bruises on his arms and legs,” one of the relatives recounted. “His whole body was covered with cuts and bruises. He was definitely beaten to death.”

Although an autopsy was carried out by a forensic center following the family’s demands, its conclusions were withheld and not disclosed to the man’s grieving relatives. The government then unilaterally assigned another forensic laboratory to perform a new autopsy.

Relatives of the deceased used their connections to obtain the undisclosed forensic results, which indicated that external forces, inflicted while he was alive, were the cause of bruises on multiple body parts. Most importantly, there were numerous fracture lines on his skull, the base of which sustained a fracture that produced many bone fragments and had a ring-shaped dent.

The family consulted an orthopedic specialist, who confirmed that the fracture and the dent at the base of his skull were in line with the characteristics of being struck vertically with an electric baton.

Regardless, the government refused to investigate the case, and the family of the deceased embarked on a path to uphold their rights and petition for justice. To no avail. They were intercepted four times in succession while trying to petition the government, were detained, threatened, intimidated.

Nobody takes responsibility for man’s death

A young man from the central province of Henan died under suspicious circumstances while serving his time in prison for inflicting injuries by accident to a person who later died.

When his family members came to visit him in March 2015, they discovered that he was delirious and he didn’t recognize even his parents. The young man was constantly trembling and twitching, his body was rigid, with shoulders raised very high, fists and teeth clenched, and he walked in an unstable manner.

His family couldn’t understand how he had changed entirely just a few months after their last visit. Through bribes and connections, the family managed to visit him again the next day. His situation had worsened: he couldn’t walk anymore and had to be propped up by two inmates. His head was hung low, his right eye was bulging out, and his face was heavily bruised. He rubbed his arms with his hands and said deliriously, “Bacteria… It’s all bacteria…”

When his family asked him what was wrong, he shook his head and replied, “I don’t know… I don’t know what they injected me with. I can’t remember anything.”

Afterward, the family used their connections again trying to ensure that he was released on medical parole, but the prison administration claimed that he was feigning his illness and that his sentence would be doubled if the hospital found out about his condition. His family was forced to give up.

More than a month later, the young man’s parents received a phone call from the prison, informing them that their son was beaten to death by prisoners.

The family was devastated. Upon seeing his body, they discovered that it was covered in wounds, with practically no part of his body unscathed. There were also numerous cigarette-burn and needle puncture marks on his body.

The prison not only didn’t take responsibility for the young man’s death but even threatened his family not to petition higher-level authorities. Fearing retaliation, his family was forced to compromise.