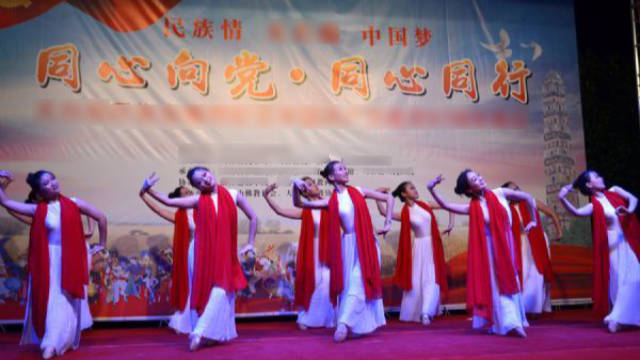 Authorities in Henan have forcibly overtaken and repurposed a government-controlled Protestant church where later organized performance with blasphemous content.

Bitter Winter reported on September 26 that authorities in Henan are seizing government-controlled Three-Self Patriotic Movement churches and convert them into entertainment venues.

According to some reports, between August 24 and 30, authorities in Henan’s Nanyang city sealed off at least 20 Three-Self churches, destroying their crosses in the process. One of the churches has been repurposed by the local authorities and performance of a song and dance troupe organized there.

On August 24, officials from the United Front Work Department and local police officers, led by the head of the Tanghe county, burst into a Three-Self church on the North Cangku Street in Nanyang. They claimed that the church did not have necessary permits and prohibited the congregation from gathering.

When church leaders presented all licenses and other required documentation, the officials said that the permits had expired. The believers contested that what was happening was against the law, to which the director of the United Front Work Department answered that, “the Communist Party is the law.” The officials threatened believers that if they met again, they would be fined and detained, and any family members with government jobs would be fired from their positions. Soon after, the local authorities destroyed the church’s cross, cleared its facilities, and confiscated its belongings.

On August 29, Tanghe County Public Security Bureau, the prosecutor’s office, and the local court jointly organized a concert by a song and dance troupe at the church, during which the performers openly blasphemed Christianity and sang praises to the Communist Party.

After the concert, the church has been repainted and converted into a processing facility.