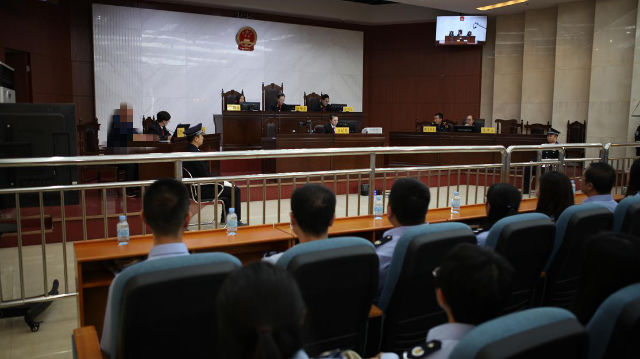 The church leaders from Inner Mongolia were arrested, and seven of them were sentenced to more than five years in prison.

On June 26, 2017, Zhu Dianhe and eight other leaders of the Association of Disciples, a Chinese Christian new religious movement persecuted by the CCP as a xie jiao, who had already been in custody for over a year, were transported to the court in Chifeng city, in the Inner Mongolia Autonomous Region, to stand trial. All of them were sentenced to prison on the charges of “organizing and using a xie jiao organization to undermine law enforcement.” Their judgments were as follows:

Six of the worshippers filed an appeal against the judgments, but those were rejected, and their original sentences stayed.

According to sources, the nine Christians were previously apprehended by police in 2014, from November 22 to 25; 590,000 RMB (approximately $85,830) of church money and a large number of religious books were confiscated as well.

According to Article 300 of the Criminal Law of the People’s Republic of China, participation in a xie jiao warrants a prison sentence of three to seven years – or even heavier punishment. The CCP has exploited this provision, putting religious groups that they want to suppress on their xie jiao list, then heavily sentencing and fining church leaders, thereby attempting to disintegrate the religious group thoroughly. Some principal church leaders have even been sentenced to up to 20 years in prison.