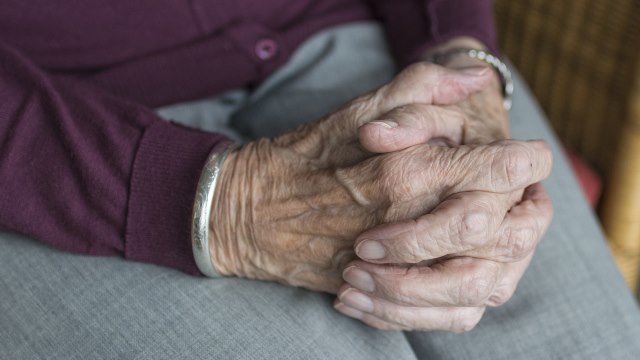 Repeatedly arrested and tortured, a 71-year-old house church leader is still harassed by the police.

Liu Yunjin (pseudonym) is the leader of a house church in Daye city, Hubei. She has been arrested by the police three times in the past, tortured, and is currently kept under police surveillance all year-round.

Since May 2017, the police have imposed even stricter surveillance on Liu Yunjin. Officer Liu of the Daye City Bureau of Religious Affairs, accompanied by a male police officer, came to Liu Yunjin’s home one day that May and searched every room looking for other Christians she might be hiding there.

In October, officer Liu brought in police to raid Liu Yunjin’s looking for other Christians again, but he found none.

At 9 a.m. on April 5, 2018, officer Liu, again accompanied by a male police officer, came to Liu Yunjin once more and searched the whole perimeter of her home.

At 11 a.m. on June 4, Liu Yunjin said her goodbyes to two guests who had come to visit her. Three hours later, officer Liu once again showed up at Liu Yunjin’s home, teamed up with an officer from the local police station. He berated Liu for not having reported to authorities that she was having guests, threatening that if she did not report this kind of activity to the police in the future, next time, they would take away her son and daughter-in-law. Liu Yunjin, puzzled, asked why she needed to report about her guests. Officer Liu replied that it was because she believed in God and therefore was placed under strict surveillance.

In the past, Liu Yunjin had been apprehended on three occasions: in October 1995, October 1996, and June 1998. When Liu Yunjin was arrested in 1996, she was asked to confess her involvement in illegal activities and tortured by the police when she didn’t. At the time, the police forced Liu Yunjin to sit on an electric chair, then forcefully stomped on the insteps of her feet, causing them to swell more than an inch high, and making it extremely difficult for her to walk — a condition from which she only began to recover after some fifteen days.

Bitter Winter has learned that the police still have informants assigned to monitor all of Liu Yunjin’s activities.