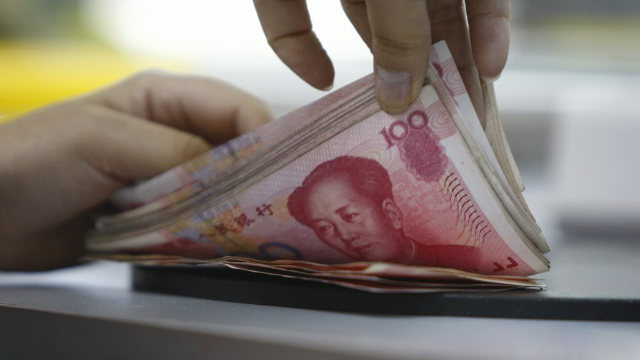 The Chinese government uses every possible means to conceal an act of bravery merely because the rescuer has a cross in his home.

In early July 2018, Li Shoufa was walking along the side of a pond in his village, when he suddenly heard cries for help. As he went toward the calls, he discovered that two children from his village, in Pingchangguan town, under the jurisdiction of Xinyang city, in central China’s Henan Province, had fallen into the water. Two elderly people, both in their 60s, had already jumped in to save the children … until they started drowning themselves in the six-meter-deep-pond.

Li Shoufa immediately jumped in, pulling the four victims – three of whom survived – from the water with the help of other villagers who soon arrived on the scene.

Naturally, news of Li Shoufa’s heroics spread throughout the local area. And yet, the town government was reticent to publicize the matter – the local news channel merely reported an act of bravery – despite Li Shoufa garnering praise from just about everyone.

On July 10, two reporters, after discovering the hero’s name, came to interview Li Shoufa for the Xinyang Evening News; the news was widely circulated online. A private institution offered Li Shoufa a 10,000 RMB (about $1,428), which was to be handed over to him by the local government.

Government officials finally, and reluctantly, went to the home of Li Shoufa, whereupon they refused to hand over the reward because, as they said, “There is a cross in your home, so this issue [receiving the reward] will be tough to handle.”

Li Shoufa’s wife is a Christian. Ever since local government officials learned about this, they were unwilling to report Li Shoufa’s heroic rescue publicly.

“The government is cracking down forcefully on religious beliefs this year. As soon as something entails religion, it is like hitting a high-voltage line,” said an informed villager. “As soon as higher authorities find out about the cross in Li Shoufa’s home, it will prove that the town government didn’t do a good job in eliminating religious belief and dismantling crosses. The town government officials would lose their jobs. Under such circumstances, how can the government publicize the heroic deeds of a Christian?”

Some villagers suggested that Li Shoufa report his heroic deeds to higher authorities because according to state regulations, Li Shoufa deserves to receive an honorary title and a monetary reward. But after reporting this matter to the relevant department in Pingchangguan town, no reply was ever received.

After hearing about this, the town secretary of Pingchangguan was infuriated and demanded that all reports regarding Li Shoufa be removed. His application was not submitted to higher authorities either.

“If you want to be a hero and want a reward, then hurry and tear down the cross,” one local government official said. “If you don’t follow the Communist Party, it will treat you like a political prisoner. Believing in God not only affects this matter [getting a reward] but in the future, even your children will be affected when attending school and looking for employment.”

This kind of “reward” was obviously unforeseen by Li Shoufa and his family.

Some villagers said that in order to receive the reward that he deserves, Li Shoufa’s son tried twice to secretly replace his mother’s cross with a portrait of Mao Zedong. As a result, the family got into an unpleasant dispute over the matter.

Li Shoufa and his family still have not received the 10,000 RMB reward.