While the world condemns the sentencing of Witnesses in Russia to harsh jail penalties for the only crime of practicing their faith, China applauds the persecution. 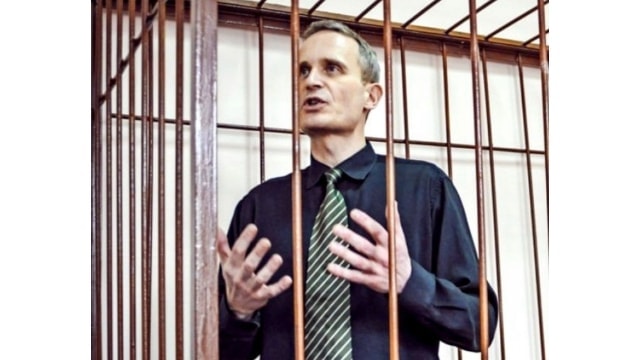 On February 6, 2019, a Russian court sentenced Danish citizen Dennis Christensen to a six-year jail term for his participation in the activities of the Jehovah’s Witnesses, a banned group in Russia. After the sentencing of Christensen, police are carrying out a new crackdown in various Russian provinces, arresting more Jehovah’s Witnesses.

The Jehovah’s Witnesses have been “liquidated” in 2017 in Russia under accusations of “extremism.” The reaction of international organizations and democratic countries against these decisions has been unanimous, from the U.S. Department of State to the European Union, which called for “Mr. Christensen to be released immediately and unconditionally” and Jehovah’s Witnesses “to peacefully enjoy freedom of assembly without interference, as guaranteed by the Constitution of the Russian Federation, as well as by Russia’s international commitments and international human rights standards.”

Russia, however, can count on an “immediate and unconditional” ally of its own — China. The CCP is aware that the notion of “extremist religious movements” in Russia is substantially the same as the category of xie jiao in China.

As Hong Kong scholar Edward Irons has noted, the “Chinese anti-cult Web site” is regarded in China as the voice of the CCP in matters regarding any group identified as a “cult” and its declarations enjoy a semi-official status. While the world was awaiting Christensen’s sentencing, this CCP-connected Web site published a detailed article in support of the Russian position on Jehovah’s Witnesses. “It is reasonable for Jehovah’s Witnesses to be strictly controlled or even completely banned” (“耶和华见证人”受到严厉控制甚至全面取缔乃属情理之中), the article stated. A laundry list of anti-cult accusations against Jehovah’s Witnesses was mentioned.

There is a difference between the Russian persecution of “extremist groups” and the Chinese repression of xie jiao. While the CCP tries to protect itself against any possible threat from religious movements it regards as hostile to the Party, Russia tries to protect the monopolistic position of the Russian Orthodox Church, a staunch ally of the regime, against any unwelcome competition.

The Chinese anti-cult Web site seems not to fully appreciate this difference. It supports the Russian position that Jehovah’s Witnesses should be banned because “they threaten the Russian mainstream religion: the reputation and living environment of the Orthodox Church” (而且威胁着俄罗斯主流宗教— 东正教的声誉和生存环境) and are “eroding the foundation of the Orthodox Church” (也在明显侵蚀着东正教的根基). That the Orthodox Church should be protected against its critics is a curious remark in a CCP publication, although within the CCP there are some who argue in a similar way that the monopoly on the Christian Protestant faith of the CCP-controlled Three-Self Church should be equally protected.

There is an underground presence of Jehovah’s Witnesses in China, with numbers difficult to evaluate. They are not included in the list of the xie jiao, but their activities are regarded as illegal and Bitter Winter has reported about the crackdown on Witnesses’ missionary activities coming into China from Korea.