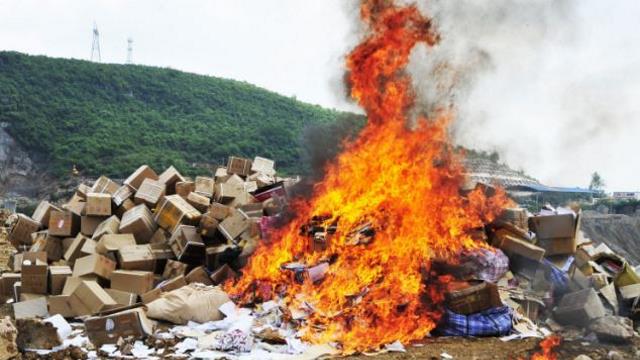 Bitter Winter has received information that as early as the beginning of this year, Henan authorities have been forcibly seizing religious books from churches throughout the province and destroying them in secret.

On March 17, 2018, the director of Yichuan county’s United Front Work Department, Mr. Gao, brought a group of personnel to Huaizhuang Church to search for religious books and found five copies of Jinling Seminary Correspondence Coursebook as well as other theological materials. Mr. Gao ordered the staff to confiscate and destroy all these books.

According to witnesses, on April 22, two trucks carrying urban scrap and waste pulled slowly into the territory of Luoyang Huarun Environmental Energy Co. Ltd., located in the North of Third Ring Road area of Yanshi city. The trucks were also loaded with three boxes of approximately 120 Bibles, ten boxes of Christian couplets (duilian), as well as Biblical storybooks, psalm books, and other religious works. All of these books were packed up and sealed with labels containing the words “Yichuan,” “Luoyang” or “Yiyang.” The personnel of the company that the authorities hired to burn religious materials, closely supervised the process.