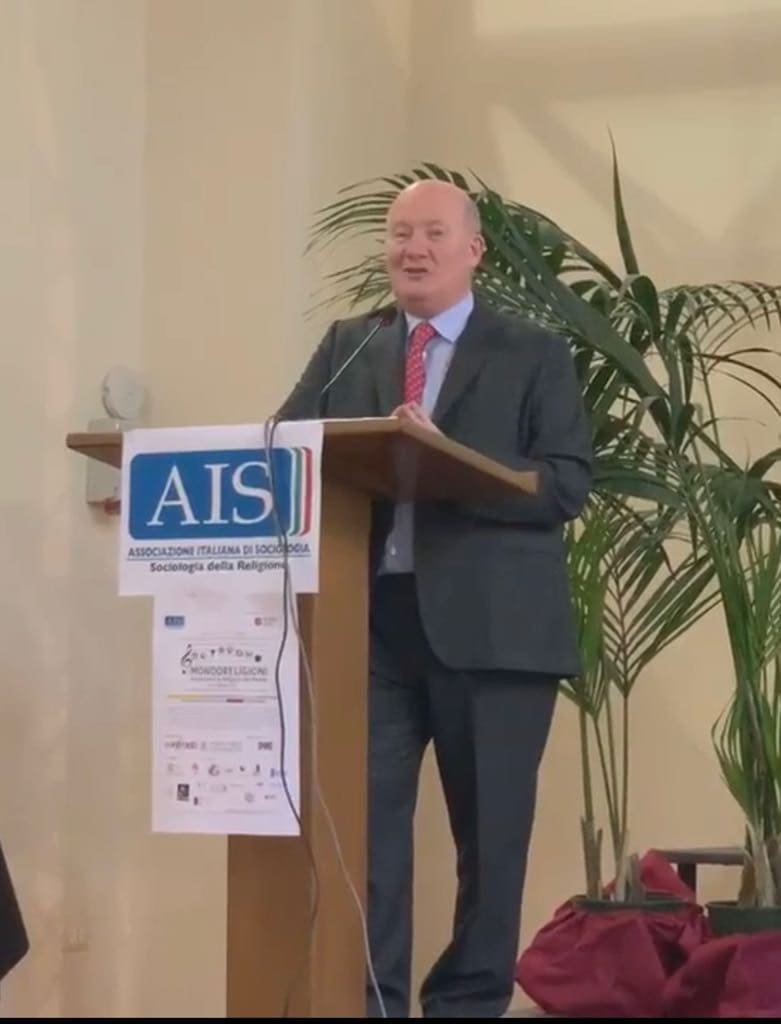 Mondoreligioni, now in its second edition, is the largest festival of religions in Rome. It was created by Italian sociologist Emanuela Del Re, who now serves as Italy’s Deputy Minister of Foreign Affairs. Several religions were present with booths, and offered shows with music and dance. One was The Church of Almighty God.

One of the events of the festival introduced the new book by Italian sociologist Massimo Introvigne, editor-in-chief of Bitter Winter, Alla scoperta della Chiesa di Dio Onnipotente. Il movimento religioso più perseguitato in Cina (Inside The Church of Almighty God: The Most Persecuted Religious Movement in China), just published by Turin’s Catholic publishing house Elledici. It is a shortened version, translated by the undersigned, of a book to be published in English in October 2019.

I introduced a panel including PierLuigi Zoccatelli, Professor of Sociology of Religions at Pontifical Salesian University, Turin, and Francesco Curto, an attorney representing refugees of The Church of Almighty God (CAG).

Professor Zoccatelli explained that the book follows a pattern common to other books also published by Elledici in co-operation with CESNUR, the Center for Studies on New Religions, founded and directed by Introvigne. After an introduction with stories of CAG members persecuted and tortured in China, the book presents the history, the doctrine and the practices of the CAG, and concludes with a candid look at controversies the Church was involved in. The book, Zoccatelli said, is based on a solid sociological investigation, yet it is easily readable by the general public.

Curto stated that, in his experience as an attorney representing CAG asylum seekers, he noticed how fake news accusing the CAG of crimes it never committed, or misrepresenting its theology, have often damaged refugees and led to decisions denying to them the protection they deserve. He also insisted on the notion of xie jiao, and the fact that being active in a group included in the list of the xie jiao, such as the CAG, is a crime punished by the Chinese Criminal Code. The consequence is that members of CAG are entitled to asylum in Italy and other countries. If they are sent back to China, they will go to jail there.

Introvigne concluded with three comments, respectively political, methodological, and humanitarian. Politically, he insisted that the book’s subject matter should be understood within the framework of Xi Jinping’s general hostility and crackdown on religion. It would be a mistake, he said, to consider the CAG a unique case, or to study it outside of the Chinese context. Methodologically, Introvigne explained that, while  the first pioneer studies of the CAG, such as these by Australian scholar Emily Dunn, generated the first interest for the movement among scholars of new religious movements, they relied exclusively on Internet sources rather than on interviews of CAG members and participant observation, which now make them obsolete. From a humanitarian point of view, Introvigne mentioned his visit to Korea’s Jeju Island, where many refugees from China are now blocked without any possibility to find a job or move to Seoul. “Those who have been there, Introvigne concluded, or have heard the stories of CAG refugees elsewhere, know how to answer those who say that ‘there is not enough evidence’ of their persecution and suffering. We know how to answer the Christians who say they should not be helped because they are ‘heretics’ or members of a ‘cult.’ We can have a different theology from the CAG, as I do as a Roman Catholic, but indulging in discussing theology is a luxury we cannot afford when our fellow human beings are arrested, tortured, humiliated, and killed. We should distinguish theological discussions from the defense of the rights of the victims of repression and the refugees escaping religious persecution, which is an absolute moral and social duty for every compassionate human being, not to mention for every Christian.”