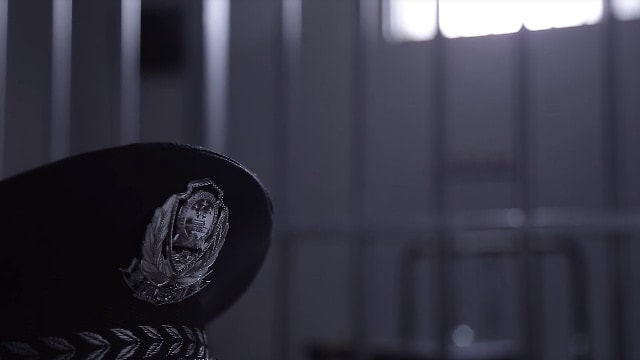 A leader of The Church of Almighty God was illegally detained in a hotel, where she was interrogated in secrecy for ten days.

On August 15, four police officers from Jiangsu’s Xuzhou city arrested Li Rui (pseudonym), a leader at The Church of Almighty God. CAG is a Chinese Christian new religious movement that has faced persecution since 1995 by the Chinese authorities.

She was first taken to a police station. There, she was handcuffed to a tiger bench, which is a torture device chair. The officers also aimed an air-conditioner at her and turned the temperatures down enough to make her shiver. She was asked about her personal life, and when she wouldn’t answer, she would be slapped. She wasn’t allowed to sleep during the night.

The next day, Ms. Li was secretly taken to a hostel. Again, she was tied to a tiger bench. However, she still refused to divulge information. At this, the deputy director of the station, Mr. Yang, took a toothbrush and thrashed Ms. Li’s mouth, face, toes, and feet with it. He threatened to kill her and said, “I’ll dig a pit and bury your body. No one would even know.”

For the next ten days, Ms. Li was tortured to give up information. The police officers threatened to strip her, lock her up for the rest of her life, and intimidated her by showing photos to prove how they had been tracking her. They wouldn’t let her sleep and at times, beat her with a bamboo rod. Her legs were left severely bruised from the beating.

However, on the morning of August 26, when the officer guarding her fell asleep, Ms. Li seized the opportunity and escaped from the hotel. At present, her life is in danger, and she is at risk of being arrested again. If the police find her, the consequences might be deadly for Ms. Li.