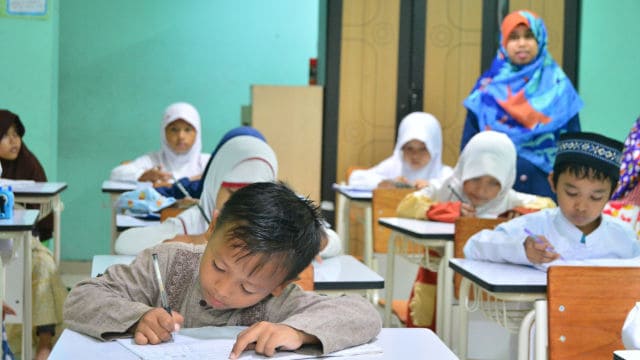 The lessons were interpreted as being a “conspiracy against the state.” As a result, the Hui kindergarten was forced to drop the course.

Bitter Winter recently spoke to a Hui woman in Gansu’s Lanzhou city, who talked about how local authorities forced her to discontinue Arabic lessons for her son.

Ma Hua (pseudonym) enrolled her son in a Hui kindergarten last year because she wanted him to learn about his culture and conventions of life as a Hui Muslim. She looked forward to hearing her son speak in Arabic with her one day.

However, when the authorities found out about the course, they started pressuring the kindergarten to drop it. The teachers and the parents were told that teaching Arabic to children amounted to “assembling forces to conspire against the State.”

Ms. Ma found it absurd and said, “I don’t get it. What conspiracy against the state is a bunch of 3- and 4-year-olds going to be involved in? It’s just an Arabic class! What’s wrong with this country?”

Meanwhile, the authorities continue to monitor the kindergarten. It has been under watch since 2016, and a female staff member revealed, “Han Chinese kindergartens are only inspected a few times per year. But here, people from different government departments visit very frequently. When the people from the Education Bureau visit, they speak to teachers and children as well to get more information.”

Personnel from the Education Bureau repeatedly threatened the kindergarten that they would lose their permit if they refused to discontinue the course. And so, the administration at the school soon stopped listing the course officially. They continued to teach a bit of it secretly, but for this, the teachers often have to guide the children in how to handle the questions during inspections.

However, the authorities that claim to support the development and transmission of ethnic culture have now forced the Hui school into dropping an ethnically significant course. In fact, a government document issued in April, titled Views Regarding the Strengthening and Improvement of the Islam Tasks in Light of New Circumstances, states that CCP would never allow Arabic to be listed as a national minority language. Because of that, educational institutes of all kinds are prohibited from teaching the language.