In the name of suppressing “foreign religious infiltration,” the Chinese authorities close down churches suspected of ties with abroad, harass believers. 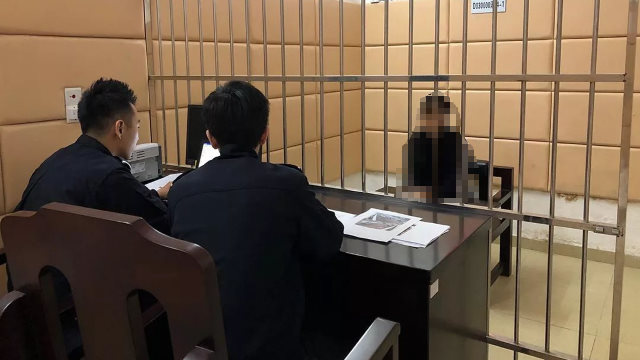 On June 19, over a dozen members of Fule Church, a place of worship that is not part of the state-run Three-Self Church in Jiamusi city in the northeastern province of Heilongjiang, were listening to an audio sermon by a South Korean pastor, when officials from the local Religious Affairs Bureau and police officers suddenly broke in. They combed the venue and registered ID information of everyone present.

According to a believer who requested anonymity, the imposters confiscated 80,000 RMB (about $ 11,200) of donation money, some valuables, and more than 200 copies of religious literature, including the Bible. The church pastor and two co-workers were taken away.

One of the officials proclaimed that believers are not allowed to listen to sermons by foreign pastors and that they should make donations to the Chinese government instead of South Korean churches. He added that the believers’ refusal to join the Three-Self Church means disobeying and challenging the authorities, which is deemed illegal.

The meeting venue was sealed off subsequently, and the rest of the congregation taken to the local police station to sign statements promising not to attend worship services in the future. Each police station in the jurisdictions where the believers lived was informed to monitor them, take their photos at home, and discern if they participate in religious activities.

Officers questioned the pastor about how she got in touch with contacts in South Korea and how she transferred donation money to them, demanding to provide the name and bank account number of the person who receives the money. The pastor refused to answer, so she was kept in custody for ten days.

In August, the local Religious Affairs Bureau ordered to sell the meeting venue.

In April, a believer from a Sola Fide (Justification by Faith) house church in Manzhouli city in the Inner Mongolia Autonomous Region, was arrested for listening to sermons by Taiwanese pastors online. According to a source, the Public Security Bureau summoned her twice, questioning about her contacts with Taiwan and if she had accepted any financial support from Taiwanese churches. The police confiscated her computer and smartphone. They also investigated the woman’s bank accounts and forced her to sign a statement promising not to contact people of faith from abroad. Since then, her phone is being monitored, and the police tapped her house. More than ten members of her church were also summoned for questioning to the National Security Brigade for listening to sermons online.

A believer from Fuzhou, a prefecture-level city in the southeastern province of Jiangxi, told Bitter Winter that in December last year, local National Security Brigade and police officers raided a meeting venue of his church. The officers claimed that the congregation had been in contact with a South Korean church and received donations of 380,000 RMB (about $ 55,000) from it. They confiscated the money, threatening to imprison believers and suspend the church’s bank account if the congregation attempted to protest.

The meeting venue was taken over by the state and transferred to the Three-Self Church. The believers were left without a place to worship, and the church’s preacher had to leave the locality. He and one of his co-workers were blacklisted by the government, which resulted in severe restrictions on their freedoms. For example, they cannot buy air or train tickets.

The Work Plan of the Special Operation to Investigate and Deal with Overseas Christian Infiltration According to Law, jointly issued by the United Front Work Department and the Ministry of Public Security earlier this year, foresees thorough investigations of all foreign-related religious groups in China. The scale and scope of activities of such churches and congregation members are scrutinized, including their contacts abroad, online evangelism, and funds. Investigations are followed by organized crackdowns and seizures of venues, terminating their religious activities.