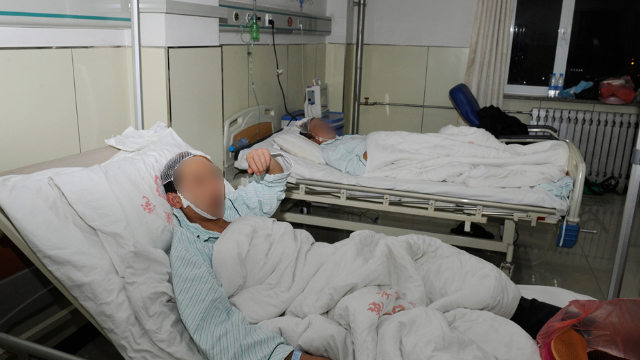 The police tortured nine co-workers from a house church in Hainan Province, most of them suffered internal injuries as a result.

A Sola Fide church member from Changjiang Li Autonomous County in China’s island province of Hainan recently spoke to Bitter Winter about his experience five years ago when he was arrested and tortured by the police.

On the evening of November 2, 2013, the police stormed the homes of several church members. As a result, nine church co-workers were arrested, without presenting any warrants.

They were taken to a local town government office where they were pressured to sign statements renouncing their belief. The officials told them that they had been arrested because “more and more people believe in Jesus, and no one believes in the Communist Party anymore.”

Since all of them refused to sign the statements, they were locked up in two separate rooms, and police officers were given orders “to beat them to death.”

“Police officers used a rope to tie up my hands, and forcefully pulled them to opposite directions, with an electric baton placed under each arm. Afterward, they took turns hitting me with their fists in the kidney area and waist, frequently shocking me with their electric batons. The strong current caused my entire body to convulse. The police beat me while questioning: ‘Are you going to sign it?’”

The beating continued because the arrested still refused to sign. “I was beaten to the point that my head was dizzy. The pain was unbearable. I felt like my kidneys might have been punctured, and urine even flowed out. The officers hit my kidneys and waist intentionally, they didn’t touch other parts of my body. I was thinking to myself that I would be dead before the end of the night.”

The officers stopped torturing them at 5:00 the next morning, seeing that the arrested could not take it anymore.

Seven of the nine arrested Christians were severely injured and unable to walk. After members of their congregation took them to a hospital, a doctor told them that their kidneys and other parts of their bodies had been seriously injured and they needed to be hospitalized. Since they didn’t have money, the tortured believers went home to treat themselves with some herbal medicine.

Their plight did not end, and on November 11, the authorities once again summoned all nine Christians and forbade them to organize meetings of believers and share the gospel because it was considered as holding illegal gatherings. One official explained that they were beaten as a means of education and that it had been done to help them.

The authorities continue to monitor them. The visits from the local police or officials are especially frequent on Christian holidays or when the central government issues a document on religion. They are repeatedly questioned about their belief in God and warned not to share the gospel, or else they would be arrested and imprisoned.