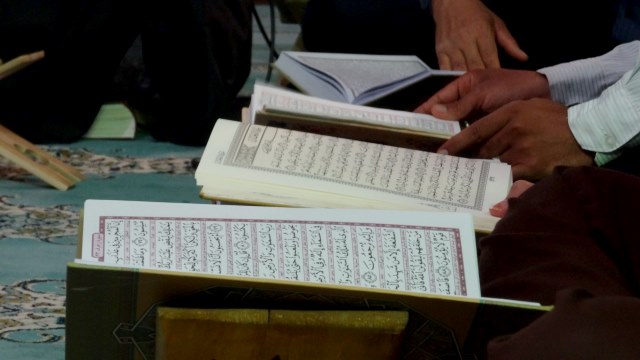 In March 2018, Wan Ming, a devout Hui Muslim from Anjihai town of Shawan county, was taken away along with his son by the police for his faith. His younger brother Wan Qiang and his son were also reported to the police for their belief in Islam, and, consequently detained together with two Hui and one Uyghur Muslims. To date, their whereabouts remain unknown. According to informed sources, the authorities forcibly demolished several mosques in Anjihai in March and arrested more than 20 Hui Chinese in another town’s village.

On April 30, a Hui woman named Ma Xueying was visited at her home by a cousin. Moments after they mentioned the Quran in their conversation, several police officers burst into the home and took the two away. The police also detained Mrs. Ma’s husband after he came home and searched the house, even a chicken coop and shed, confiscating a copy of the Quran, an Islamic prayer mat, and other items. Mrs. Ma was interrogated and released home the same night. However, local government officials came back and took her away “for questioning” the next day. To date, Ma Xueying’s whereabouts are unknown.

In the evening of December 23, 2017, Liu Jian and his family were watching TV when three officers from the local police station stormed into his home. The police, armed with batons, raided Liu’s house and took him to the police station for interrogation, during which they informed Mr. Liu that he was arrested because he had forwarded pictures of the Quran scripture.

“You Hui people are the focus of remediation! This is the Communist Party’s world now; if it forbids you to believe (in Islam), then you’re forbidden from doing so; otherwise, you will suffer the consequences,” threatened one of the officers. Liu Jian explained that someone else had sent him the messages, but he was kept in detention. The next day, Liu’s family paid 3,000 RMB, and he was released, but his mobile phone was never returned.

The two largest Muslim groups in China – the Uyghurs and the Huis – are consistently targeted by the CCP as a result of the policy of “sinicization” of religions, i.e., adapting them to the needs and principles of the Party with an eventual goal of their total elimination.

(All the names in this article are pseudonyms.)