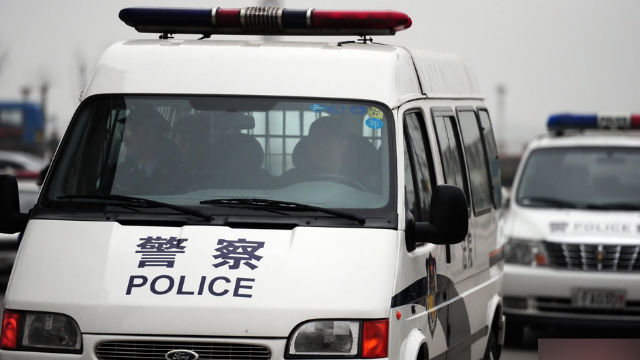 A gathering of believers from across China at an Apostolic house church was unexpectedly disrupted when nearly 200 law enforcement officers showed up, acting on a tip-off from a local party cadre.

On August 17, the gathering at a gathering venue of the Apostolic house church in Jian’an district of Henan’s Xuchang city was in procession when nearly 200 police officers stormed inside. The contingent included officers from the riot squad and special police.

According to eyewitnesses, the streets outside the church were lined with police vehicles, and local residents were not allowed to pass by the area.

A total of 130 believers from across China attended the gathering. The meeting had been organized to show solidarity with young believers, but instead, they had to bear this attack after a village Communist Party cadre reported them.

A believer who was present at the site told Bitter Winter, “After the police stormed into the meeting place, they screamed at us: ‘Nobody move! Take your cell phones and put them on the table’.” An officer also grabbed 4,000 RMB or nearly 600 USD of cash that was lying on a table, the believer revealed.

130 police officers were assigned to guard the congregation: one policeman to every believer. Later, 20 attendees who had been identified as people-in-charge of their churches were taken to the Dongcheng Public Security Bureau for questioning while the young believers were taken to a local school.

By the next day, everyone except three people was released. The three left behind were the person-in-charge of the church, Zhang Heng (pseudonym), the host of the gathering, and a believer who was mistaken to be a preacher.

The three were interrogated about the gathering in detail. They were asked about who organized it, how was the church established, where was the donation money kept, and so on. When questioning proved to be unsuccessful, the officers tried to intimidate Mr. Zhang. They told him that his religious faith could be costly for his children and grandchildren as they might not be allowed to serve in the army, work for the government, travel overseas, or avail pensions.

Mr. Zhang revealed that he had been arrested before and so, he was not afraid of the intimidation tactics employed by the officers. In 1994, he was detained for seven days and fined 2,000 RMB or nearly 300 USD for taking a photo with a Canadian pastor. His wife too had been arrested in the past for her faith.

This time, Mr. Zhang was released after two weeks of detention while the detained host of the gathering had been let go two days before him.

Five days later, police officers showed up at the church’s site again. They conducted another raid and this time, seized numerous items, worth 80,000 RMB or 11,000 USD, that were put into eight police trucks.