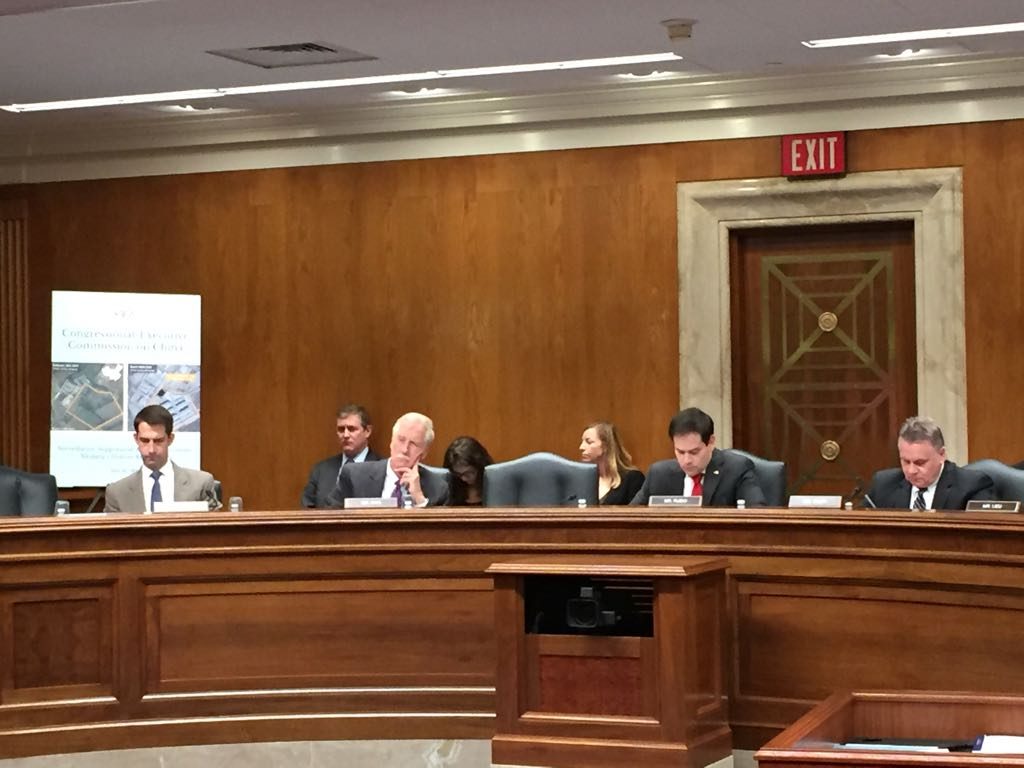 The U.S. Congressional Commission on China, chaired by Senator Marco Rubio, heard experts and witnesses on the growing persecution of Uyghur Muslims in Xinjiang.

During the week of the Ministerial to Advance Religious Freedom, a gathering of more than 80 Foreign Ministers, and some 300 experts, organized by the State Department in Washington DC, the U.S. Congressional Commission on China held a hearing on July 26 on the situation of Uyghur Muslims in Xinjiang. The hearing was chaired by Senator Marco Rubio and Congressman Chris Smith, and both experts and Uyghur witnesses were heard.

Jessica Batke, senior editor of ChinaFile, reported on the atrocities perpetrated in the “transformation through education” camps where one million Uyghurs are detained because of their faith, and denounced the successful campaign by China to prevent or sideline discussions of the Uyghur situation at the United Nations. Ambassador Kelley Currie, U.S. representative at the U.N. Economic and Social Council (ECOSOC), testified that the United States do advance the Uyghur cause at the United Nations, but very few countries are ready to support them, due to China’s political and economic pressure. Senator Angus King compared the Western silence about China today to the silence in the 1930s about the Holocaust.

Historian Rian Thum, a scholar of Xinjiang at Loyola University, New Orleans, presented photographic evidence of how the regime is building new “transformation through education” camps and expanding the existing ones. He also insisted that, should all these camps be closed tomorrow, the problem of Xinjiang would not be solved. Even outside the camps, the province remains a police state, “the most closely surveilled place on the planet,” worse than North Korea and comparable only to China in the worst years of the Cultural Revolution.

Senator Rubio forcefully denounced the “hypocritical lobbying” of large American corporations in Washington D.C., which urge the U.S. administration not to be involved in denouncing human rights violations and the denial of religious liberty in China, as this may damage their business dealings with the Chinese government. When these efforts are successful, Rubio said, we become all “accomplices” of the Chinese Communist Party. Congressman Chris Smith and Senator Rubio named a number of large U.S. corporations. “We do not care how many billions they lose, Smith said, and how many prominent lobbyists (including former American legislators) the Chinese dictatorship hires.” “This is outrageous,” Rubio concluded, and he proposed that action be taken against American companies that sell technology to the Chinese government “that is then used to organize these atrocities.”

Massimo Introvigne, editor-in-chief of Bitter Winter, was at the hearing and shortly introduced Bitter Winter to several prominent advocates for Uyghur rights in China.