Spies in classrooms, a database of religious students and teachers – 15 departments in a university of central China given tasks to suppress believers on campus. 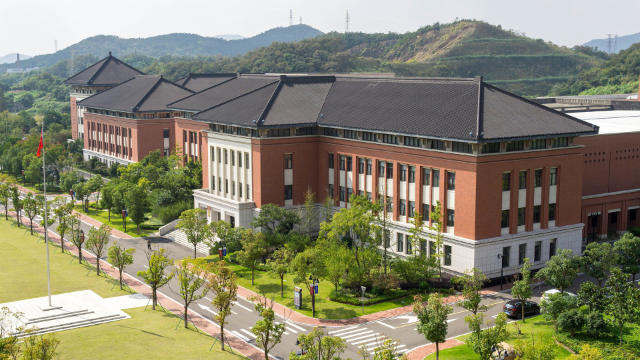 The List of Responsibilities for the Religious Work Departments and Work Teams was issued by a university in central China at the end of last year. It calls for comprehensive investigation and monitoring of religion-related activities by teachers and students. Led by the university’s office of the United Front Work Department, the collected information is ordered to be used in the creation of a database of people with religious beliefs on campus.

List of Responsibilities for the Religious Work Departments and Work Teams.

According to the document, frequent visits to students’ dormitories and auditing of classes is foreseen, with particular attention paid to the “thought dynamics” of religious teachers and students and effective implementation of “ideological transformation work.”

The school’s Scientific Research Department is required to investigate study projects, dissertations, and publications prepared by the school’s teachers and students. Discussion forums, research presentations, and other academic exchange activities have to be monitored and investigated, identifying religion-related items.

The school’s Modern Educational Technology Center is responsible for investigating information shared online and for the establishment of “anti-religious penetration” system through technology. The department is also required to strengthen the monitoring of students’ cellphones.

The Student Affairs Department is assigned to investigate the status of students’ religious beliefs and deal with students who have violated religious regulations.

The Security Department, in cooperation with the city’s public security and state security institutions, is ordered to deal with teachers and students who participate in religious activities, as well as take part in the crackdowns on private religious venues located in the vicinity of the campus.

The library is required to review all books and periodicals in the library and establish a special area for religion-related books, managed by specially assigned personnel that have to collect and analyze information on who and for how long borrows these books. Based on this information, reports have to be submitted to the school’s United Front Work Department office.

The Foreign Affairs Office and the International Education Department are assigned the responsibility of investigating international exchange programs, any subsidies, donations, and scholarships from abroad, and any projects related to religion. The two departments are also entrusted with overseeing foreign teachers, both at work and their homes.

Propaganda activities to influence public opinion on religions are given to the Publicity Department, while the Editorial Department is in charge of preventing any religion-related content appearing in academic journals published by the university.

The university’s Logistics Management Office is also part of the crack down on religion: by preventing any signs of “Saudization” and “Arabization” on campus, including cafeterias.

The school is demanding to “firmly root the spirit of patriotism” and “love for the Party” in the hearts of teachers and students by expanding education on Marxism and “Party and government.”

The document also calls to strengthen the work of “student information officers” during lectures through prompt reporting about any dissemination of religion-related information by teachers.

These “officers” – classroom spies paid by the government – are being infiltrated throughout institutions of higher education in China to make sure that not a word against the regime goes unnoticed, often resulting in the firing and persecution of professors. Through these and numerous other measures, the CCP is eliminating all sources of dissent and critical thinking in universities to make sure that they are not infiltrated by “hostile Western forces,” religions included.