University professors dismissed over comments, and control over students intensified, as Chinese authorities continue to crack down on dissent and free speech. 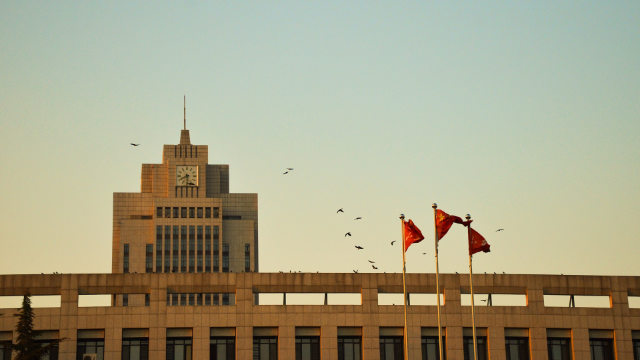 Law professor Xu Zhangrun (許章潤) was terminated from his position at the Tsinghua University in Beijing last month for posting articles and comments critical of the Chinese government. His suspension and investigation have been widely discussed in the international media. Soon after, Lü Jia (呂嘉), associate professor at the School of Marxism at the same university was denounced by some of his students for “opposing the [Chinese Communist] Party and violating the constitution.” Along with Xu Zhangrun, he has been put under investigation because of his thoughts and speech.

A government insider provided Bitter Winter with an audio recording of a meeting held in a city of Hebei Province that indicates the growing control over the institutions of higher education, which the CCP regards as one of the key sources of government-critical thought that is becoming an obstacle in “maintaining stability.”

During the meeting of local authorities that discussed the plans for political and legal work in the city in 2019, officials pledged to prevent all kinds of “adverse” tendencies and “resolutely oppose the ‘universal values’ of Western constitutional democracy, historical nihilism, and other erroneous ideological trends.” The need to increase the control over the education of “key political figures” was also expressed, stressing the importance to “never allow the emergence of rogue leaders or activities for forming [political] factions; and never allow the formation of a political opposition” and for “hostile forces” to achieve victory amidst “chaos through creating ideological confusion.”

It was emphasized during the meeting that various departments, such as the ones in charge of propaganda, Internet information, and education, must pay close attention to ideological work at colleges and universities, strengthening supervision over public opinion and resolutely opposing all kinds of “erroneous remarks,” as well as preventing institutions of higher education from becoming the source of “unstable elements.”

Historical nihilism is the collective Chinese term for “public skepticism about the CCP’s version of Chinese history,” which the CCP regards as “erroneous views and tendencies” about the Party’s history. The Internet Information Office recently censored prominent liberal media critic Liang Hongda under the pretext of “combating historical nihilism.”

At the meeting in Hebei, colleges and universities were listed as one of the primary targets for preventing unrests. To achieve that, meeting participants were called to “ensure that the young generation becomes the firm builders and defenders of the socialist system with Chinese characteristics,” to prevent “US-led Western anti-China forces from taking the opportunity to incite a domestic political movement.”

The Notice on Forwarding the Main Points of the Work of [Our] City to Eradicate Pornography and Illegal Publications, an internal CCP document recently published by Bitter Winter, also explicitly demonstrates the will by the authorities to strengthen control over university presentations, research seminars, and lecture forum activities.

The intensifying control measures come as a result of the belief by the authorities that ethnic and religious groups, as well as colleges and universities, are the main areas being infiltrated by so-called “hostile Western forces.” Internet influencers, human rights lawyers, foreign NGOs, and religious groups designated by the government as xie jiao have also become priorities in the government’s “stability maintenance” work in 2019.