On April 16, 2018, the police seized a Three-Self church in Huichi Village, Wuqiu Township, Changyuan County in Henan Province’s Xinxiang City, and arrested its two pastors. The church belongs to the Three-Self Patriotic Movement, the Protestant body controlled by the regime in China.

At 8 a.m., one police car, three SWAT cars, and a mobile patrol car parked outside the gate of the church, and about 20 police officers from the county’s national security bureau, the criminal police brigade, the SWAT team, and Wuqiu Township Police Station rushed into the church yelling at the believers: “What are you doing?” One female believer responded that they were studying. Later, the police confiscated the books brought by the pastors and scolded a believer who held a two-year-old in her arms: “Don’t you know minors are not allowed to enter the church? You have violated the state policy!”

Soon, the police began to vandalize the church: they smashed chairs, tables, and doors, tore down electric fans and TVs and took away washing machines. At the same time, they shut the gate of the church and arranged some policemen to guard it. Once people entered, they were not allowed to leave until the police permitted them to do so. After the police were done destroying the church, they arrested two pastors and several staff members and threatened the believers that their subsistence allowance would be stopped if they continued to believe in God. Before they left, the police sealed off the church to prevent anyone from entering.

At the church gate, some believers squatted on the ground, and some stood still, their faces full of sadness. 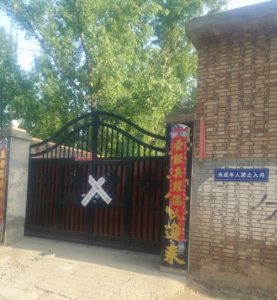 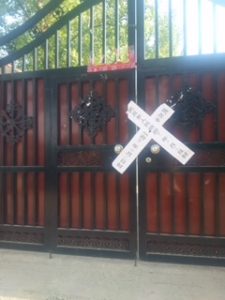 Video: Pastors and Staff Members of the Church Were Taken Away by the Police Cars