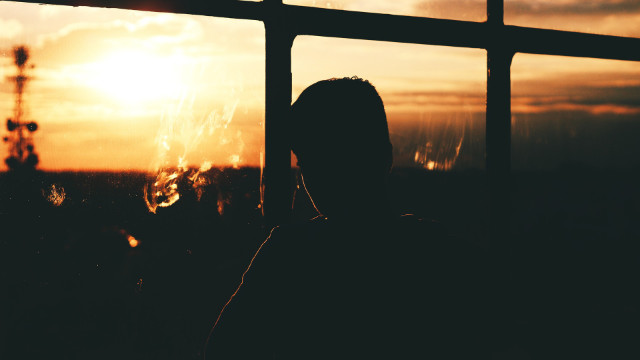 Bitter Winter continues exposing the lies by Chinese authorities about the “transformation through education” camps. In an interview, an employee in one such internment facilities in Xinjiang spoke about quotas for detainees, the categories into which they are divided, and miserable living conditions.

The camp employee agreed to speak to us on the condition of total anonymity. We’ll call him Mr. Liu Guang. To protect him and our reporter, we cannot disclose the location of the camp or more details about it.

Previously employed at a public sector organization, Mr. Liu was transferred earlier this year to work in one of the camps in Xinjiang. Against his will, he is now one of almost 2,000 staff members there. During the interview, he called the people in the camp “students,” but, on several occasions, referred to his workplace as “prison.”

“Too many people are locked up here and perhaps, because of that, we feel short on manpower. Our rotating time-off days are often cancelled, and we seldom get to take breaks. I don’t know how much longer this high-pressure situation will continue.”

Mr. Liu revealed that each camp has a quota of detainees that it has to fulfill. If the quota is not met with Uyghurs, then the Han Chinese people with religious beliefs are picked up.

“The current policy is to ‘admit all who should be admitted.’ Almost all Uyghurs in my county have been arrested. There is no one to farm the land or look after children,” Mr. Liu said. A local middle school was recently converted into a camp due to overcrowding elsewhere. It currently holds many Uyghurs.

At the camp where Mr. Liu works, the Uyghur detainees are divided into four levels of supervision: lenient, ordinary, strict, and enforced.

The enforced “class” is almost exclusively made up of Uyghurs and Huis, whereas the Han Chinese are mostly put into the ordinary supervision “class.”

The classification of “students” is decided after the so-called “screening team” makes regular assessments. The team, for example, checks if people have signed a “statement of repentance” or have admitted their “guilt.”

The Uyghur detainees are forced to learn Mandarin and the classes are divided into three levels, i.e., beginner, intermediate, and advanced.

Speaking about their difficulties, Mr. Liu said, “Think about how hard it would be for middle-aged Han people to learn the Uyghur language? For people who are older, it is even more difficult.”

But even if a Uyghur manages to get a perfect score in Chinese, he or she will not be allowed to leave the camp. “They call it ‘education and training,’ but they don’t release people after that. Even I can’t figure out why,” Mr. Liu said.

The detainees are often assaulted at the camps as well, physically and verbally. Given the miserable life inside, they are often willing to do anything to see their family members. However, the authorities use this as a control tactic.

For instance, those who score at least 95 points (out of 100) on their monthly assessment, they get to meet with their families that month. To ensure that happens, the detainees have to keep at the best behavior and do everything as told. “They must sit, stand, bathe, sleep, and eat, as ordered. In this way, the majority of the ‘students’ are fully controlled.”

Those who show a “poor performance” are denied the permission to meet with families. Urgent pleas are not entertained either. Mr. Liu shared the example of a detainee whose mother had passed away and he wanted to be with his family for the funeral. However, the camp authorities refused him the permission.

Liu Guang said that the procedures to get a permission to temporarily leave the camp are extremely complex, requiring approval from all levels of command. Even if someone is allowed to visit their family, they are accompanied by security guards and other personnel and must return to the camp within two or three hours.

Mr. Liu, who works in the zone of enforced supervision, shared that even though he has little contact with the “students,” he is required to be fully armed at all times. Inside the premises, he has to wear stab-resistant clothing and carry a baton; whenever he is outside he has to put on a helmet. If he fails to follow these rules, he will be fined 500 RMB (72 USD) and punished.

Speaking about his personal predicament, he said, “We don’t have any freedom either. When we get off work, it feels as if we have been released from confinement too. Whenever it’s time to go back, it feels extremely depressing.”

Each member of the staff at the camp is supposed to get 1,000 RMB (nearly 145 USD) of monthly food allowance; however, they haven’t been given that money for five months. According to Liu Guang, in some government departments in Xinjiang, salaries have not been paid for the past few months either, pointing towards the CCP’s financial constraints. “Maybe the government has spent all its money on ‘maintaining stability,’” Mr. Liu finished the interview with a sad joke.