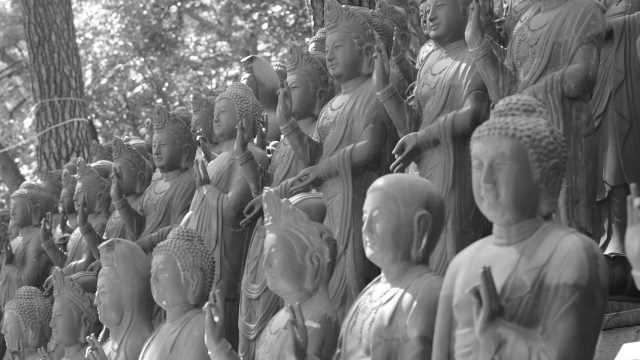 Recently, a witness of the events, a Buddhist herself, told Bitter Winter that four years ago, the Chinese Communist Party (CCP) one day destroyed six temples on Tianping Mountain in Longquan city, Zhejiang Province even though the temples had all required permits.

On July 19, 2014, the Lishui municipal government mobilized more than 1,000 officers to block all main roads leading to Tianping Mountain and prohibited anyone from entering the area. The authorities also arranged for excavators to be driven onto the mountain. In a single day, Tianping Mountain’s six Buddhist temples, as well as three dormitories for believers, were razed to the ground, destroying the property worth more than 10 million RMB (about 1.42 million USD).

Many Buddha statues were buried in the rubble, so believers dug all of them out and set up a makeshift shed where they placed the statues. In November that year, the authorities sent people in the middle of the night to douse the Buddha statues with gasoline and burn them.

According to the witness, among the demolished Buddhist temples, some were built in the 1970s and 1980s, and the most recent was constructed in 2000. All of the temples had received government approval and purchased the land on which they were built.