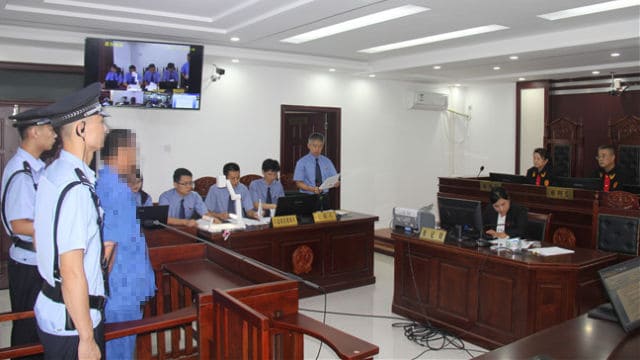 Authorities in Guangxi Autonomous Region arrested 16 believers from a house church last year; its 60-year-old preacher was later given a prison sentence.

In May last year, preacher Zhou Hua (pseudonym) was congregating with other believers at a house church in Hechi city of Guangxi Zhuang Autonomous Region, bordering Vietnam, when 40 police officers ambushed them. They confiscated the church’s Bibles, evangelistic materials, computers, and other items. Later, they arrested the 16 believers present in the church at the time.

Police did not succeed to get any information out of the believers during interrogations, and twelve of those arrested were released the next day. The host of the gathering was kept in custody for 15 days. Three others who were visiting from another town were detained for a month.

Mr. Zhou was detained for a year, without a trial. In May 2018, he was fined 20,000 RMB or 2,800 USD and was also sentenced to six years in prison by the Dahua county court for “organizing and using a xie jiao organization to undermine law enforcement.”

Xie jiao or heterodox teachings are punishable under Article 300 of the Chinese Criminal Code, and any association with it can lead to three to seven years in prison.

Preacher Zhou was previously charged under the same law in 2004 when he was arrested while preaching the Gospel in Yunnan, a province in the southwest of the country. The next year, the court sentenced him to four years in prison.