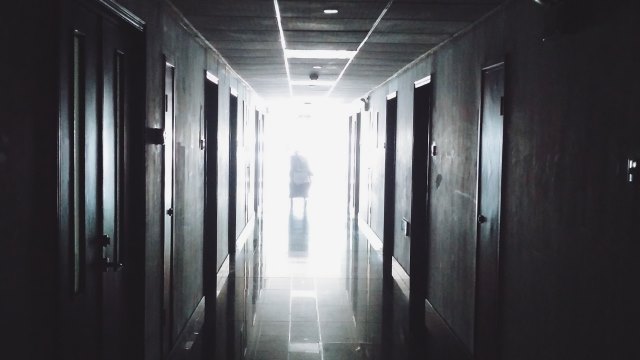 An inside source revealed to Bitter Winter how officers from Ulan-Usu town of Shawan county use false pretexts to lure Muslims into the police station, later locking them up in a local “transformation through education” camp.

One evening at the end of March this year, three police officers charged into the home of imam Wang Jian and told him to come with them because there was something they needed to verify. His son, Wang Qiang, replied that it was getting dark, and his father was too old and frail to go with them. To their surprise, both men were forcibly taken to the police station and were later sent to the Shawan county “transformation through education” camp.

According to an insider, in the camp, 17 – 18 people live in each room, which is about 50 square meters in size. It is there that they eat, drink, and use the bathroom, and the rooms smell bad and are filthy. Living in such conditions, Wang Jian soon became seriously ill, and wanted to return home to seek treatment, but was not allowed to do so immediately. Only after the head of the camp has finally realized that the illness of the senior man was progressing fast, and fearing that he would have to take responsibility if something happened, he sent Wang Jian to the hospital. Once he began to recover, however, he was brought back to the “transformation through education” camp.

Since her husband and son were taken away, Wang’s wife has been worried about the torment they are being subjected to and is extremely anxious and pained. Moreover, her son’s work was the primary source of income for the whole family, and he was helping a lot around the house, so she has been left in a difficult situation.

Local sources report, that in April, many more Muslims from the mosque of imam Wang Jian were also tricked by the police and were sent to the “transformation through education” camp.

Muslim brothers Chen Shui and Chen Tao work as drivers in Urumqi. On April 9, 2018, at 11:30 a.m., Chen Shui returned from Urumqi to his home in Shawan county, and a half hour later, two officers showed up and asked Chen Shui to come with them to verify some matters. Believing the officer, Chen Shui went to the station, and in the end, also ended up in Shawan county “transformation through education” camp.

Two days later, an officer from the same police station called Chen Shui’s younger brother, Chen Tao, asking him to come to the station. He was apprehended the same afternoon right when he returned from Urumqi; and within an hour, was already locked up in the same camp as his brother. He believes that his phone was being monitored for some time, since, not long ago before his arrest, he sent a message to a friend on his cell phone: “Faith in God is good, and God is good; I will also have faith in God.” Most probably, it was this message that has alerted the police.

Cao Qiang, one more local Muslim who suffered the same deception by the police and was sent to the camp on May 10. His family has not been able to visit him since that day.