Despite the best efforts of the Chinese authorities, more leaks emerge of the logistics and the inhumane treatment, and the fear endured, by Uyghur detainees. 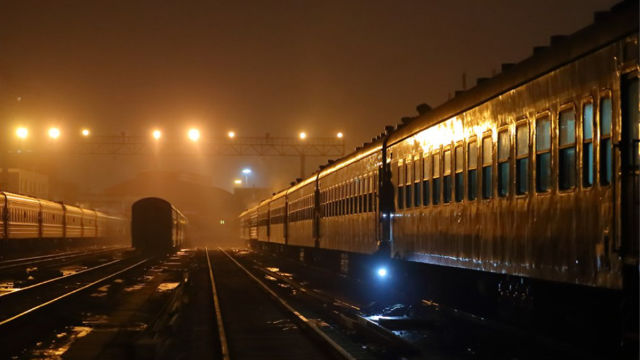 Bitter Winter has published numerous reports about the secret transfer of Uyghur detainees to other provinces. But our reporters continue to receive new information about the relocations, and these details shed further light on the techniques of the Chinese Communist Party (CCP) and the conditions endured by detainees.

Details of the size and complexity of the transfer operation continue to amaze observers. According to CCP insiders, local prison bureaus are deeply involved in the effort. After higher authorities transfer Uyghurs from Xinjiang elsewhere, prison authorities in local jurisdictions take over. Detainees are then transported in custom vehicles to their new cells. One police officer involved said that detainees in his area were transferred by a specially deployed local train in the middle of the night. The Uyghurs’ eyes were covered, and police were not allowed to speak throughout the journey, to avoid giving any hints to the prisoners about their destinations.

Before receiving the Uyghurs, prisons were required to prepare staff and modify facilities. For example, those tasked with going to Xinjiang to pick up and move prisoners underwent intensive training before their mission. All bulletin boards and signs have been covered or removed to prevent inmates from seeing the name of the region where the prison is located.

Secrecy has been a primary concern during all aspects of transfers. Family members of the Uyghur detainees were not informed about the movement of their loved ones in order to prevent information from leaking. While at work, prison staff are not allowed to receive or make phone calls and must keep their phones locked in a cabinet. So far, Bitter Winter has learned, at least two public security officers were dismissed from their posts for speaking about the transfer of prisoners.

Once arrived at their new prisons, detainees’ living conditions are difficult and traumatizing. For example, transferred Uyghurs are held separately from the local prisoners. Local prisoners are allowed to go outside every day for exercise and fresh air, but Uyghurs are not given this privilege. They must stay in their cells, each prisoner sitting on a small stool. They are not allowed to communicate verbally or through gestures. Each shift, four prison guards take turns supervising. If a prisoner dies in custody, the prison must first contact the local Civil Affairs Bureau; only afterward are the family members of the deceased notified.

No one is immune from the detention and relocation scheme. According to CCP insiders, more than 200 elderly Uyghurs in their sixties and seventies have been transferred far from home to Ordos Prison in Inner Mongolia.

A heartbreaking story helps to illustrate the fear and trauma endured by transferred prisoners. Our reporter learned of one Uyghur detainee who was sent to a new prison, where he happened to see an excavator digging in the ground. The prisoner was terrified, thinking that graves were being prepared to bury prisoners alive. Daily traumas like this are now the fate of hundreds of thousands of Uyghurs detained across China.