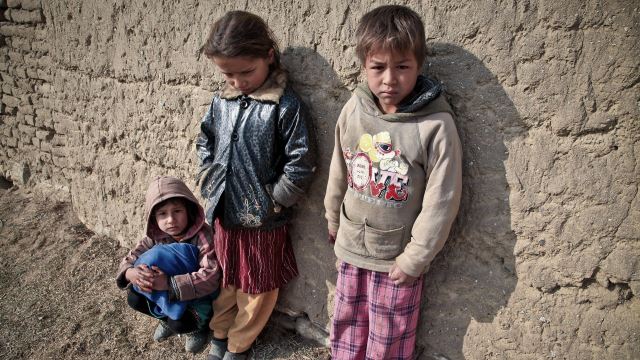 In Xinjiang, countless children are being forced to live on their own as their parents are being detained at “transformation through education” camps.

As per recent reports, authorities in Xinjiang have detained over one million Muslims in “transformation through education” camps. One of the most worrying fallout of this has been on children of Xinjiang. Children as young as 2-years-old have been left to fend for themselves as authorities “teach” their parents about the Communist Party and they are forced to learn the Mandarin language.

Some children have been put in orphanages and welfare homes, but without parental care and affection, their situation remains bleak. In July, Bitter Winter reported from Xinjiang’s Bole city where over 200 children were held in welfare homes. They were forced to live like orphans because their parents were sent to “transformation through education” camps.

Bitter Winter visited the homes of several detainees in Xinjiang. All names mentioned in the article are pseudonyms.

In April, Polat and his wife were detained at a camp where they remain in custody to date. The couple had three children, two of whom were still in school. Their youngest, a daughter, is not even 8-years-old and used to cry for her mother every day before the local Civil Affairs Bureau forcibly put her in an orphanage.

In another case, elderly grandparents have to look after the children. Sadiq, an Uyghur from Korla city, revealed that his son and daughter-in-law were taken away in May. While his son is detained in a camp, his son’s wife remains unaccounted for to date. The couple had a 3-year-old daughter and an 11-year-old son, both of whom are now looked after by their grandfather, Sadiq.

Today, there are countless households in Xinjiang where one will find only little children and elderlies. The adult married couples, which would ideally take care of their children and parents, are forced away from their households to “study” at camps. This will inevitably have a severe psychological impact on the entire population of Xinjiang.

However, this is something that has been going on since last year. In May 2017, AZa and his wife were detained from their home in Hami city. The authorities claimed they would be held for a year only, but the couple is still in custody. Further, their three children have been forced to return to their home in the countryside.

The eldest, a daughter, wanted to look for a job in the city but now she has to stay at home to look after her younger siblings.