An interview with J. Gordon Melton, one of the world’s leading scholars of contemporary religion, who explains the differences between the different groups in the tradition of Chinese Protestant preacher Watchman Nee. 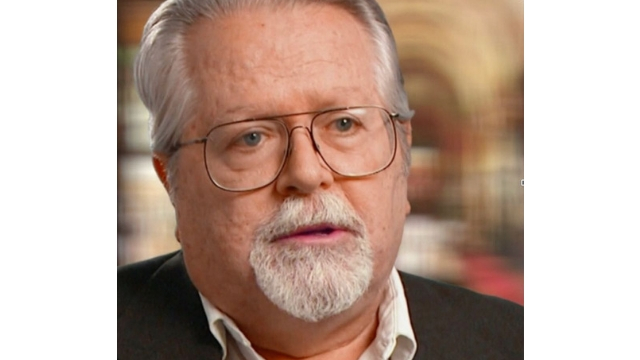 J. Gordon Melton is currently the Distinguished Professor of American Religious History with the Institute for Studies of Religion at Baylor University in Waco, Texas, a familiar name to all those interested in American religious pluralism, and one of the founding fathers of the academic study of new religious movements. In the last few years, Chinese religions have emerged as one of his main interests. He has studied the movements in the tradition of Chinese ministers Watchman Nee (1903–1972) and Witness Lee (1905–1997) for more than forty years. These movements are referred to in China and overseas with different names, and we have asked Professor Melton to clarify who is who for our readers.

We will start by calling this group of churches simply the Watchman Nee tradition. How can we define it?

As an international Evangelical Christian tradition established in China in the 1920s and distinguished by the belief that there should be only one Christian church active in any given city (as a rebuke of denominational rivalries). It grew out of the ministry of Watchman Nee, a Chinese Christian who had been strongly influenced by the Plymouth Brethren. In the 1930s, Nee wrote several books presenting his beliefs and founded churches throughout China. He adopted an Evangelical Christian perspective but believed that the New Testament teaches that, as an expression of church unity, only one church should be established in any given city. Following the establishment of the Communist regime, the CCP disapproved of Nee’s activities and placed him under investigation. As a result, he was exiled from Shanghai and then, in 1952, sent to prison for the rest of his life.

What is the connection between Watchman Nee and Witness Lee?

In 1948, Nee sent one of its church’s elders, Witness Lee, to lead the mission in Taiwan. Under Lee’s direction, the church flourished and spread to neighboring countries, eventually reaching the United States. There, it attracted members from Chinese American communities and later from the general population. In 1962, Lee moved to California, where he established Living Stream Ministry, the publishing arm of the movement, to facilitate his own writing and teaching activity and through which he offered guidance to the movement’s otherwise autonomous congregations. The movement draws its teachings on the writings of Nee and Lee, which are published by Living Stream Ministry.

This is a group that in the 1970s and 1980 became somewhat controversial, right?

During the 1970s, the once cordial relationship between what was generally called the Local Church (i.e., in the U.S., Lee’s group) and the larger Evangelical Christian community ended. Evangelical leaders accused the Local Church of stealing members, teaching unorthodox views of the Trinity, and indulging in various “cult” practices. Christian writers included the Local Church in books on cults. One such book, published by the Spiritual Counterfeits Project, based in Berkeley, California, led to a lawsuit for defamation in 1985 and a multimillion-dollar judgment in favor of the Local Church. The suit largely ended Evangelical denunciations of the movement, and the Local Church has since quietly pursued its work in the West without further controversy.

We are now ready to get to the question of how to call these churches, an issue complicated by the fact that the Watchman Nee tradition is divided into various competing sub-traditions…

The issue of what to call the factions of the movement initiated by Watchman Nee has entertained me for the past three decades, but especially in the last three years. It has remained a problem as Nee did not want a name for his following, a perspective he inherited from the Brethren and from the British evangelist Theodore Austin-Sparks (1888–1971). He also developed a congregational form of church government with the larger movement tied together by his charismatic authority. It should also be noted that his break with the Brethren was due to his relationship with Austin-Sparks. He broke bread (participated in a communion service) with the Honor Oak Fellowship that Austin-Sparks pastored, and the Brethren disfellowshipped him.

The Nee movement was called in different ways such as Little Flock (a name derived from their hymnal), Christian Assembly, or the Church Assembly Hall. The name Local Church emerged when Nee introduced the doctrine that each city should have only one church.

Witness Lee preferred the word “Assembly” (召会) to “Church,” and his movement was originally known in China and abroad as “the Assembly” but, since it claimed to be the legitimate heir of the Nee group, he also used “Local Church,” the name that came to be preferred, particularly in the U.S., through the late twentieth century. It also came to be known as the Lord’s Recovery, as the unique practices within the group were proposed under the idea of their having been recovered after being lost by the larger Christian movement over the centuries.

By 1980, we can say that three factions of the Nee movement had emerged in China. One group of Nee’s followers aligned with the government-controlled Three-Self Patriotic Movement and saw the Three-Self as solving, in its own way, the problems of denominational splits with which Nee was so concerned. After all, the Three-Self church has brought together all sort of Protestant Christians. A second faction remained independent of the Three-Self and the CCP. This group had several names put on it—including the Little Flock and the Assembly Hall movement (which David Barrett, 1927–2011, used in his World Christian Encyclopedia). The third faction was characterized by its acceptance of Witness Lee’s charismatic authority as Nee’s designated successor and its appropriation of Lee’s new teachings and practices.

In China, since some of Nee’s followers accepted, and some rejected, the teachings of Lee, one terminology that was used distinguished between the “old Local Church” (Laodifangjiaohui, 老地方教会), who accepted Nee but rejected Lee, and the “new Local Church” (Difangjiaohui, 地方教会), i.e., Lee’s own organization.

When I first encountered the Lee movement, they were operating in the US as the continuing Watchman Nee movement, using mostly the name Local Church. Nee’s books were also being circulated by a group of Evangelicals who were not forming Nee congregations but using his books in various Keswick-oriented denominations including the Open Brethren. There were also several congregations in the US directly related to Austin-Sparks (which have all disappeared as of the new century).

In China, the three factions emerged at the end of the Cultural Revolution. Nee’s movement was the largest Protestant “denomination” at the time of the Chinese revolution, and many remained loyal to Nee through the years of his confinement and after his death. Meanwhile, outside of China, Lee’s movement had to deal with other governments (especially Taiwan and the US) and find a way to exist under their laws. Taiwan was under martial law and the US had a system that preferred religious group organize as of non-profit corporations. People like myself were asking the American leadership what to call them even as we attempted to deal with the attack on them as a “cult” launched by the Baptist counter-cult activist Walter Martin (1928–1989).

Can you say something more about the concept of “Lord’s Recovery”?

This is a name used in the Lee branch. Lee’s problem was how to introduce his new teachings while retaining his claim to be Nee’s successor. He did that with the idea of the Lord’s recovery and developed a history that essentially said that the life of the biblical church had been lost in the post-Apostolic era, especially the Constantinian era. To Lee, the recovery of the biblical church life began with Martin Luther (1483–1546) and continued through various church leaders from John Wesley (1703–1791) to the Brethren. Nee represented a significant step in the recovery, and Lee saw himself as adding to what Nee had done. He continued Nee’s doctrine of the Local Church and adopted “Local Churches” as a designation in an attempt to deal with the American situation where he was continually asked what to call the group by various people. This created some confusion, as “Local Church” was used both by the faction who rejected Lee’s claim to be the successor of Nee and by the one that accepted it. Lee’s group will probably continue to be called “Local Church” in the West and “Assembly” (召会) in China, a country where the name “Local Church” is more commonly used for the churches in the Nee tradition that do not accept Lee.

But in China, the Lee movement, or part of it, is also known as “Shouters” (呼喊派). Doesn’t this make the question very difficult to disentangle?

Indeed. The problem in China was complicated by the clandestine nature of the continuing Christian movement through the years of the Cultural Revolution and the lack of any ecclesiastical authority above the local congregation. Everything hinged on the charismatic authority of various leaders. For the Local Churches, Nee was deceased and Lee unable to travel in China.

In the early 1980s, two incidents that grew out of the attempt of the reconstituted Three-self Movement to establish its authority led the authorities to label the Witness Lee faction as the Shouters—a descriptive term referring to the practice of loudly “calling upon the name of the Lord.” Given the Lee tradition’s general refusal to take denominational self-designations, the Shouters name stuck. That designation also came to be more broadly used for a variety of groups in the house church movement, especially factions that came into conflict with the Chinese government.

The Shouters were declared a xie jiao (“heterodox teaching”) and banned in 1983, well before an official list of the xie jiao was compiled in 1995. Interestingly, the Shouters remain banned as a xie jiao but not the Local Church. This means that the Nee groups that do not recognize Lee are not considered xie jiao, but as part of the unregistered Christian congregations that constitute the unofficial Christianity about which the government is so concerned. But the situation of the Lee groups is in turn unclear. Since we are dealing with a network of independent congregations very much different from one another, perhaps the listing as a xie jiao should be, or will one day be, interpreted as referring only to certain Lee groups and not to all of them. Given the current attention being given to groups designated xie jiao in China, predicting the future is most difficult.